Quickshot on League of Legends' franchised model: "It legitimizes, stabilizes and develops the ecosystem." 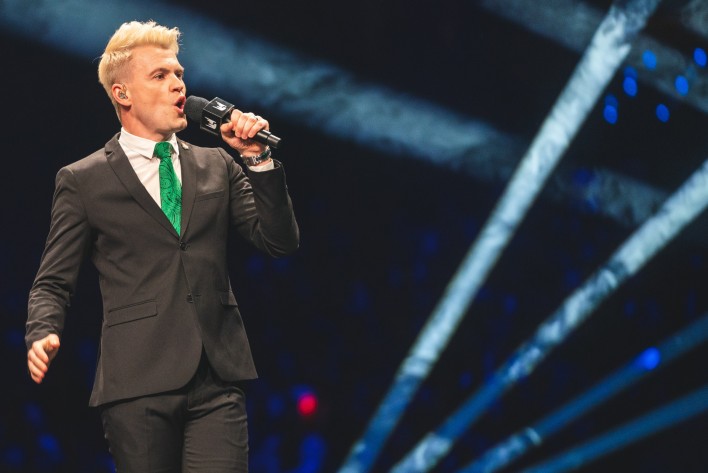 At the LEC 2019 Spring Split in Ahoy Rotterdam, we caught up with Riot's very own Trevor "Quickshot" Henry to have a quick chat about healthy stage nerves and the longevity that League of Legends esports has.

The Ahoy arena here in Rotterdam was filled with an insane buzz yesterday, is that something you ever get used to?

No, absolutely not. I've been doing this for seven years. Yesterday I got to do the opening ceremony, and I did a small story about the redemption stories for each team. If you look back and watch the VOD, you can see my hands were shaking if you pay close attention. My hands were shaking so much that I had to change microphone hands because they were wobbling so much. I haven't done an opening ceremony in a stadium like this for over a year. Last summer it was Ibai, who did it in Spain. The nerves crept up on me! It's not my first road show, it's not my first event, but the butterflies just never go away. I love the game, I love the environment, I love the experience. I really just want to do the absolute best I can every time. That's something that pushes me.

In an interview you did with us in September you said that if you ever lose those butterflies, you'll have to go look for something else.

Yes, and they're still there. I've been a huge fan of esports for about fifteen years. I've watched pretty much every game under the sun. Being able to work with who were my idols then, and with me being one of the longest standing fulltime caster, means a lot to me. It's something that I don't think I'll ever lose.

You say that you're a long-time fan of esports. League of Legends has been around for a long time as well. Why do you think it has been able to stick around for this long, when other titles have come and gone?

It's because it appeals to human nature. The game is purely person versus person. Human versus human. It speaks to the very core of competitive drive. I only play online multiplayer games. I'll play some small indie games to kill time until I get back to my pc and I can play online pc games. What drives me is knowing that I'm better than someone on the other side of the Rift, or knowing I can smash somebody in Magic: The Gaterhing Online, or that I can get that quicker headshot in Call of Duty. That's what fuels my gaming passion.

"What it does is it legitimizes, stabilizes and develops the ecosystem. As that ecosystem continues to develop and to grow, more people are watching."

But there have been more games that have a similar way of competing. If you look at the three biggest esports titles Dota 2, Counter-Strike and Leauge, they all have been around for a long time. Then what is it that those three games do well? Newer titles with better graphics, new mechanics etc. come out every year.

It's like saying: What's the best ice cream flavor? Vanilla or rum raisin? There's different ingredients in them, it's a different taste. I myself have gone through every game you've just listed and I've played them for different hours. I've got six thousand hours in Call of Duty 4 Promod minimum played. I've been playing League for ten years. It depends on your personality, your state of life. Many people play multiple games, and again that's human nature. You do different activities, you enjoy yourself in different ways depending on what your circumstances are. And if one particular flavor appeals to you more, you stick with it longer. That's why League is currently what's winning for me.

With the recent buy-ins, League of Legends as an esport is at least going to be around for three more years. How do you think this franchised model will help League grow further?

There are a lot of people that play our game but still don't watch our game. I've never played soccer in my life. But I tune into World Cups - they're the only ones I tune into. It's figuring out how to tap into that market, figuring out how to tap into our player base that already has room to grow. As internet gets quicker, computers get cheaper, more people learn what League of Legends is. Even if you don't play the game, you can still watch it. If we figure out how to tap into those markets, we will continue to develop both our player base and our viewer base.