Early on, Warrior and Rogue are seeing a lot of play in Hearthstone's Rise of Shadows meta 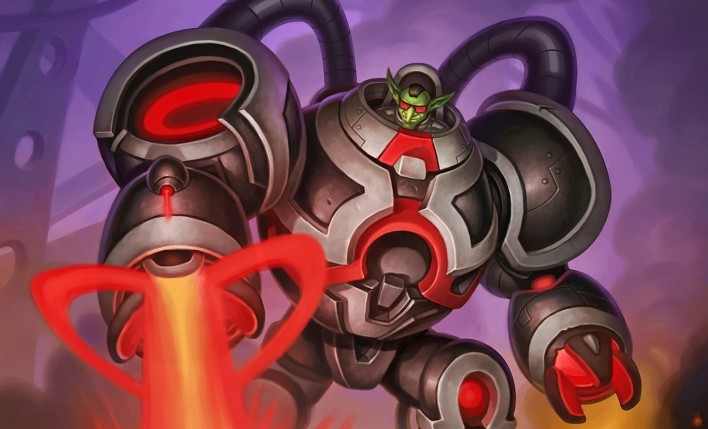 The shadows of Rafaam and his E.V.I.L. friends have dawned upon Dalaran, and with it on Hearthstone's meta. Last Tuesday the expansion hit the servers worldwide, kicking out the Year of the Mammoth's sets, and introducing the Year of the Dragon.

Immediately, players everywhere went to town. Hearthstone genre sites with deckbuilders were overloaded, and even Blizzard's servers had a hard time keeping up with all the packs being opened simultaneously.

While it's still way too early to determine which deck will be the new go-to once the meta has settled down, there are two frontrunners that have slowly started taking over the ladder: Control Warrior and Pirate Rogue. The former relies on the great value Dr. Boom, Mad Genius and Archivist Elysiana offer. Pirate Rogue, on the other hand, does the exact opposite and exerts pressure from the get-go, using Waggle Pick to deal a ton damage in one turn.

The results people are getting with these decks are not at all shabby either. Dutchman Matthijs "Theo" Lieftink got to Rank 3 Legend with his Warror list (featured below), and Tyler "Tylerootd" Nguyen even took the list to #1. The Rogue list was finetuned by Gamerrvg, who also made it to #1 Legend.

Countering the metaTwo decks swimming against the mainstream

Thankfully, there are a whole bunch of Hearthstone players who have better things to do than settle for playing these two decks the coming four months. The other seven classes are being experimented with heavily with multiple archetypes being visited, discarded and revisited by players hoping to 'break' the meta.

One deck that's slowly getting traction is a Control Mage by Jacob "Apxvoid" Coen. This 'Warrior killing' deck uses increasingly powerful dragons to pester the opponents. With many powerful AoE cards gone to Wild, there's often little enemies can do to take back the board. Hunters continue to show their faces too, albeit with something completely different: Spellpower Hunters are on the rise.