Roger to be punished retroactively; won't be invited to Hearthstone Grandmasters 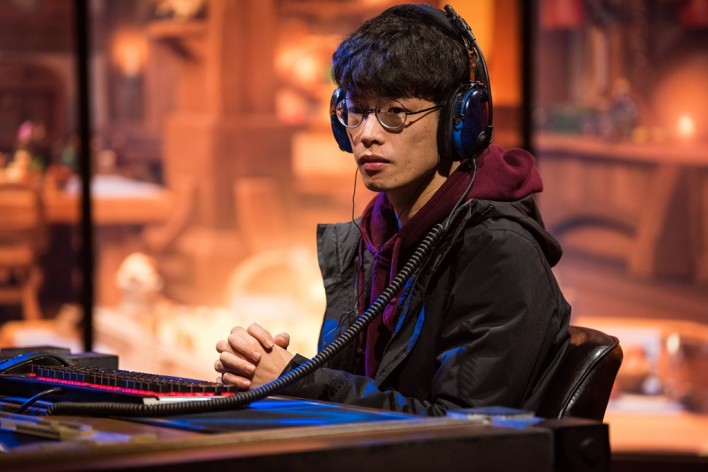 Surprising news has come from Irvine, California. In an unprecedented move within Hearthstone esports, Blizzard is implementing retroactive punishment for two players: HCT Winter champion Roger, and his countryman Reall. The two will not be invited to the highest tier of Hearthstone competition, Hearthstone Grandmasters, this year.

Both Taiwanese players became the center of heavily negative attention twice last year. First, in April, the two blatantly traded wins while they were on stream. To much surprise, no action was taken by Blizzard then. That bewilderment only grew when later last year team Taiwan was found to be streamsniping in the Hearthstone Global Games, for which the players received a ban from said tournament - a punishment many found to be extremely mild.

On Reddit,  Hearthstone esports' Senior Global Franchise lead Sam Braithwaite explained Blizzard's handling of the matter: "We now realize that our previous rules around these scenarios and our enforcement of them did not meet the standards of our community. We take full responsibility for this. Moving forward, we will be reevaluating our rules for the 2019 season and are committed not only to improving, but also to being more transparent about the way we administer warnings, penalties, and rulings."

Braithwaite also adds that Blizzard's failure to address the issue when it was around should not diminish Roger's accomplishments later on: "He earned his championship at HCT Winter and his spot at the upcoming HCT 2019 World Championship on his own merit and in compliance with the official HCT competition ruleset." He continues by reassuring that it's unlikely a comparable situation will arise in Hearthstone's upcoming year of competition: "Grandmasters will be the highest level of competitive Hearthstone, and its competitors will be held to higher standards, not just in performance, but also in conduct."

Although the highest tier of competition won't be accessible for Roger and Reall, they still can compete in the two lower tiers: Masters Tours and Masters Qualifiers.