5 Tips to Becoming a Better Sylas

Have you ever been playing Sylas and thought “there must be more to life than this...” or, maybe you just want to try him out and could use a few pointers. Well, no matter your situation, we’ve got some tips to help you become a better Sylas.

is an item in most Sylas builds; the health and dash are really useful since Sylas is a brawler mage, and it’s a rocket-powered belt that shoots rockets! Why wouldn’t you want that? You should use in combination with your abilities, not just as an initiating hit. For example, using it between E casts gives you more range and directional control.

It’s quite handy for a surprise attack over a wall; sometimes you can’t reach the enemy, but you can throw in a dash for a nice long-range grab.

When you land your E recast, it can seem like a reverse ult; inescapable and kind of kinky. But you can actually do things while your chain is moving. Here are a few combos you can do:

And if you have enough space and are fast enough, you can even go for an E-E-R-Q.

You can also use Flash to combo or cancel your E. If you notice you’re about to chain an enemy you really shouldn’t, you can cancel the chain pull by flashing away just as your chain hits the enemy; it can be difficult to time, but may just save your life if you do. And if you’re about to chain pull an enemy but want to get in there quickly or get some style points, you can flash to them to instantly knock them up.

This one seems pretty but is still good to keep in mind. It’s really tempting at times to just dish out ults as you get them, but you gotta savor them, treat them like a fine wine. When you steal an ult, that’s like sampling the aroma of the wine; take it in, appreciate the notes of… of grape. Then when you find the right moment, raise your glass to your team, and down the whole bottle. You also wanna make sure the right ult for the situation. If you know a team fight is going to happen, then try to grab something you can use to engage or counter the enemy engage. Like, would you pick Le Vin De Merde to celebrate you and your best friends’ bro-? No! You go with a classic Sauvignon Blanc; specifically Cat’s Pee on a Gooseberry Bush.

Now, this is actually a risky move. If your team likes puns, then it’s a great choice. If they don’t, then you’ll have both your team and the enemy team against you. So you’ve gotta test the waters first; start off with something simple during champ select. Say “I usually go bot, but I think it’s time for a ” If they respond positively, we’re good to go. If they respond negatively, keep trying. Maybe after you get to , say “ have a favorite song? Mine’s You Spin Me Round, cause it’s all about revolution.” After you get a few kills, try “I’m working on a parody of the second harry potter film. I call it Harry and the of secrets. Its the exact same movie except the snake is a giant chain.” And right when you’re about to win, you go for the kicker: “My fetish is also the name of my favorite politician. Dick Chainey” 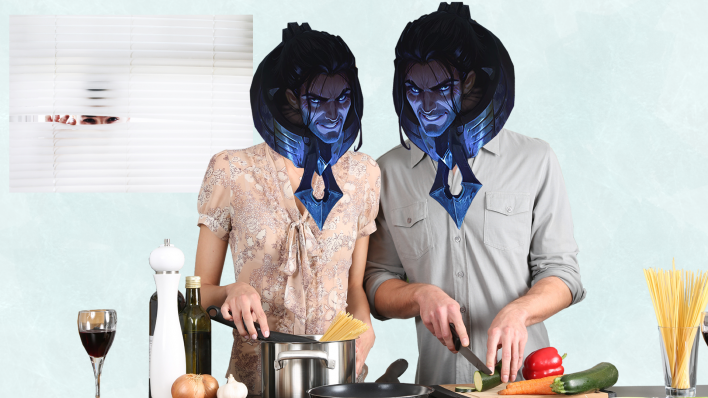 Just as spies will carefully study a subject in order to impersonate them, you must study Sylas to become a better Sylas. Reading his lore is a start, but that’s pretty basic level stuff - you need to go deeper. Start casually talking about revolution when you’re hanging with your friends; put chains on your wallet, your pants, your pets. When you ask to borrow a pen, follow it up with “I’ll give it back. Promise” and when they give it to you, hold it up and say “Rightfully mine!” After you get used to that, it’s time to step it up, so you’ve gotta join your country’s secret mage-hunting police force. After a while, you should turn on them, get locked up, befriend a local noble who is secretly a mage, escape from prison, and revolt against your country. Eventually, this lifestyle outside of the game will make you an amazing Sylas in the game.