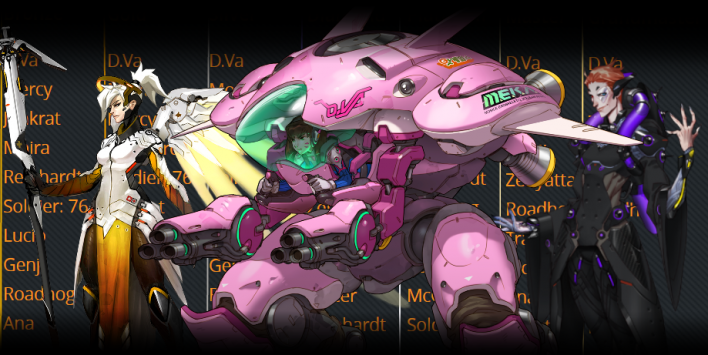 In response to a thread on the Official Overwatch forums entitled "Trickle Down Meta isn't Real", Jeff Kaplan personally responded with the top ten hero stats so far from the recently started Season 9 of competitive play.

Kaplan's posting of the statistics seemed to counter the original posters point claim that players in lower ranks don't play the accepted meta, instead, they just "use whatever works for them". The original poster claimed that this is the reason that, at these ranks, you see a ton of "Reinhardts, Reapers, Moiras, Symmetras, Torbjorns, and Bastions"

Turns out the statistics show the exact opposite is happening -- all players seem to follow the popular hero trends of what  make the meta.

Some big takeaways from this data:

- D.Va is clearly the most popular and played hero. The only hero that comes close to this is Moira and then Mercy.

- The biggest discrepancies come from Grandmaster players, who play more Tracer and Zenyatta than any other ranks.

What other things can you conclude from the data? Thanks, Jeff Kaplan! Your decision to bring down the massive logic hammer of statistics and crush some forum posters theory helps the rest of us better understand our beloved game!