LA Gladiators Bischu: "Before I signed, I literally only had $80 in my bank account."

When I met up with Aaron "Bischu" Kim, he had just came from a 4-0 defeat vs. the Houston Outlaws. It was a demoralizing day, but Bischu still greeted me warmly with a full smile as he reached towards to shake my hand.  In my experience, the last thing a professional player wants to do after a hard loss is talk to a reporter, so I appreciated how easy he was making it for me.


I didn't want to talk about the match-- what else can you say about getting 4-0'ed? Instead, I was far more interested in the Bischu outside the game. However, true to his competitive core, Bischu couldn't help but bring up the loss eventually and, in doing so, was refreshingly frank about how cutthroat he believes the league will become. His bluntness shouldn't have come to a surprise to me, after all, this isn't his first time competing as a professional gamer.

Is being a professional gamer ever something you envisioned your self becoming?

It has always been a really far-reaching dream. You know, I thought that I would maybe code for a living or study to become an engineer. However, once I got the opportunity, I realized it was everything I had wanted to do my entire life. I had to take the opportunity when I saw it.


When did you first see the glimpse of an opportunity to become a pro?

I used to stream on Twitch playing League of Legends for quite a while-- for about two years. However, it wasn't until two or three years of playing that I wanted to play for a living. As a competitor, not a streamer.

"I was surviving on my own and I wasn't even going to try to play the game professionally, but Overwatch was so just fun."

I started streaming around grade 11 in high school and I wasn't very sure what to do with my life. On one hand, I got into a pretty decent college and my parents wanted me to take that route. But, on the other hand, I could have continued as a relatively popular streamer-- but what was I going to do with that? I worried I would regret it and I didn't know if I could even financially sustain my self.

But, most of all, I kept asking my self: "is this why you want to play games?" The answer was no. As much as I enjoy making flashy plays and solo queuing, I wanted something more. I wanted to compete on a stage in front of fans with a huge crowd.

I never was particularly good at things. Sure, I got "OK" grades and I was "OK" at everything, but gaming was the first thing I really found my self being good at. I really wanted to show that off.  Spending time learning how to play a game, even learning the smallest details, has always been so fun for me.

So, right after high school I took the plunge and started competing as an amateur in League of Legends. I was never able to officially debut at LCS, but that is how I started playing competitively.

What was the biggest roadblock for you? The first obstacle that really made you think "wow-- this is going to fail and I won't make this happen."

The biggest one is probably the most recent one. I've been playing as an amateur in Overwatch for almost a year and I was doing my best to get my name out there. But, with Overwatch League starting, it was really hard to know if you were going to get in for sure. I know a lot of players have felt this too.

For example, I was trying out for a few Overwatch League teams and, right before I signed with LA Gladiators, I literally only had $80 in my bank account.

Before any of this, I was surviving on my own and I wasn't even going to try to play Overwatch professionally, but Overwatch was so just fun. I had some savings left from League of Legends streaming and small tournament winnings and I really didn't want to ask my parents for help.

"Nothing can compare to that feeling when I was on the stage with all those purple fans chanting, sometimes my name. I don't think I am going to be able to forget that moment."

I wanted to be proud of my self and I didn't want to be supported by my parents. That way, my parents couldn't tell me what to do.

I was getting so stressed out. I had to eat sh*tty meals and I was living in a sh*thole in Korea town. Before the call came, it was literally the last month I could have survived. I was beyond stressed out-- every night in front of the phone thinking to my self:  "If I don't get this call, if something doesn't happen, I'm going to start having to pack my things"


So you finally get the call-- what is going through your head?

I actually got up to three offers, and obviously, I was desperate. But, as a player, you really don't want to seem desperate when you are on the market. I was pretty confident that people wanted me, as I put a lot of effort and time into this. I think I am marketable and I am confident as a player.

"It's humiliating and embarrassing if you lose. Letting your fans down -- you can't let that happen." 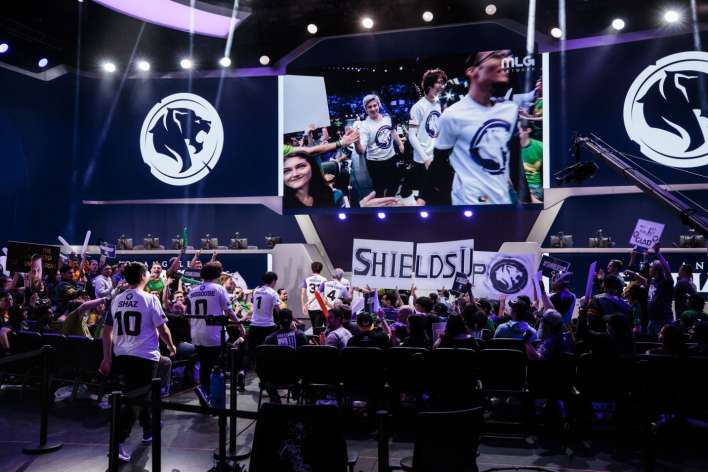 A lot of players have had the opposite path-- they have always been supported and a lot of them were shoe-ins for a long time. Do you ever feel like an outsider? Like you are just lucky to be here?

Nope, I don't feel that way at all. I had the short end of the stick several times, but, when I got in I knew I deserved it. I was a bit relieved at the start. but then I saw all of these talented players we get to play every week. That, and all the support from the team and from Blizzard-- it motivates me a lot.

Today, we lost. It was a bad loss too. I'm getting those feelings again back when I was an amateur. That desperation and motivation-- it hit me hard today again.


So far, the league seems really friendly. A lot of players tell me they are just happy to be here. But, I have a feeling that soon, things are going to get very competitive. Friends are going to leave because they get cut-- people are going to be out of careers.  How do you adjust to that realization?

It wasn't a surprise to me, to be honest. I've been playing League of Legends for so long -- I've seen all the sadness and all the happiness, I've seen it all. Obviously, it is something that is going to happen and I'm sure all of the players know it deep down; that they are going to get burned if they don't start practicing hard.

How would you react to players that don't seem to mind losing or may have already resigned to the fact that they are playing for a bottom-ranked team?

I really doubt people are like that. As a professional gamer, you can't ever feel good about losing. Once you get to this point, you are no longer some amateur that randomly made it. We have all been playing and competing for so long. We have been through so much sh*t.

"The second you get complacent, you are already behind."

We are doing this because we f*cking hate losing. Everyone is doing this for the same reason. Sure, they might seem complacent and maybe there are a few players like that, but they aren't going to last. No one likes losing and everyone is going to try.

I'm not going to lie, I was a little bit complacent as well when I very first joined. But a lot of people are past that point. They know sh*t is going down and they just want to win. It's humiliating and embarrassing if you lose. Letting your fans down -- you can't let that happen. I'm sure a lot of other players feel that way too.

That whole concept -- the humiliation of a loss. It is so amplified by the presence of fans, team colors, and team logos. You now represent something that people are interacting with every day in real life -- you are the focus of all that invested time and energy. That sounds so overwhelming

Oh yeah, that is just how it is. That is why we wanted to play-- we wanted this! Everyone knew this was going to happen.

I don't plan on letting out fans down for too long.


You are right, you wanted this life. What has been the most satisfying thing about it so far?

I mean, sure, having a cook is nice and being in a gaming house is nice. But nothing can compare to that feeling when I was on the stage with all those purple fans chanting, sometimes my name. I don't think I am going to be able to forget that moment. In that moment, I realized, I love my job. I love what I do -- sure it's stressful -- but this what I wanted my whole life.


And now, you get to chase that feeling. 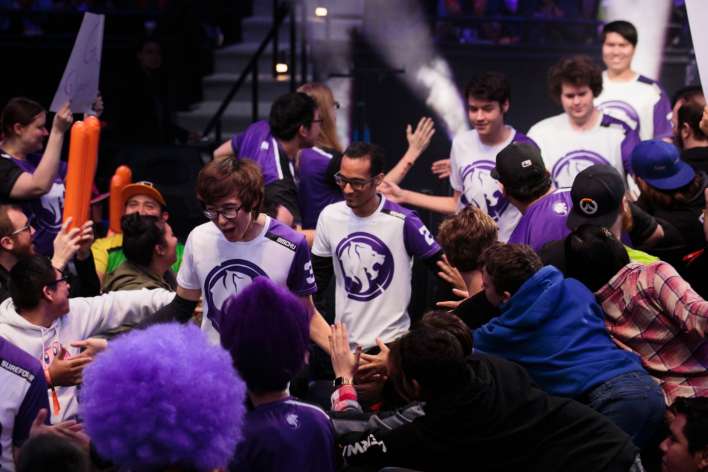 I'm sure there is someone reading this that wants to be in the Overwatch league. Maybe they only have $80 in their bank account and they are just as motivated as you. They are actively competing for your job right now -- what do you say to that person?

Never get complacent, always be critical, you're not good. You have to get better than the best.


Before I go, can you please elaborate on that fascinating sentiment -- "you're not good"?

I first learned this hard lesson when I was playing League of Legends trying to be an amateur. I went from a streamer to trying to compete and I was young too. I had a really big ego, in my opinion, I was just playing solo queue not even trying to be team-oriented. I would land random shots and people would go nuts: "Wow, you're a god!"

Follow Bischu on Twitter @BischuGG and his team @LAGladiators. All photos inside the Blizzard Arena stadium taken by Robert Paul for Blizzard Entertainment and subsequently released by Blizzard for publication