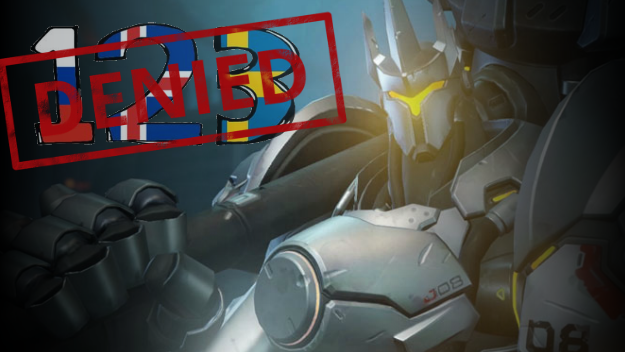 Longtime fans of competitive gaming have heard this story time and time again. It's an issue that affects all esports eventually and strikes with as much predictability as you can expect from global immigration policy around the world; little to none at all.

Unfair visa rejections happen all the time, but it is particularly frustrating when they happen to esports competitors who were close to finally achieving a major career milestone, only to have it ruined by things out of their control.

- The Mongolian CS:GO team who was unable to compete in MLG event they already qualified for them.

- China's best Heroes of the Storm team never being able to attend global events with their full roster, eventually causing the team to disband after years of trying.

- Hearthstone pros from the Philippines unable to continue their world championship run, despite qualifying through a grueling bracket.

- One of the best Super Smash Brothers players in the world unable to compete because his government didn't recognize him as a legitimate competitor:

Leffen is considered among the top 10 best SSBM players in the world. In this video, he reads his own rejection letter and sums up how gamers feel about visa denials rather accurately.

No esport is safe, and neither is the prestigious Overwatch Contenders playoffs happening this weekend. The Russian main tank player for 123, Denis "Tonic" Rulev, was denied a Visa to the U.S and will have to be replaced by David “Nomy” Ramirez who currently plays for Team San Francisco.

As fate would have it, Nomy has experienced his share of Visa issues as well. Last year, he had to miss the Overwatch open and the major Overwatch Winter Premiere due to visa issues that barred him from travel. LAN events represent the pinnacle for any esport, but until the world at large begins to recognize esports as an institution worthy of consistent travel visas, the risk of competitors being denied their fair chance to compete will always be present.

Although Tonic's situation is bleak, this isn't the first time Russian Overwatch players have had trouble with securing Visas for Overwatch events. In August, the Russian world cup team had to play without two of its players, as uNFixed and NORGAC couldn't secure visa's to travel to Poland to compete in Katowice.

RELATED: What an Overwatch esports broadcast looks like to a first-time viewer