Fate Core Rera is the newest banner pull in Exos Heroes -- is she worth it? 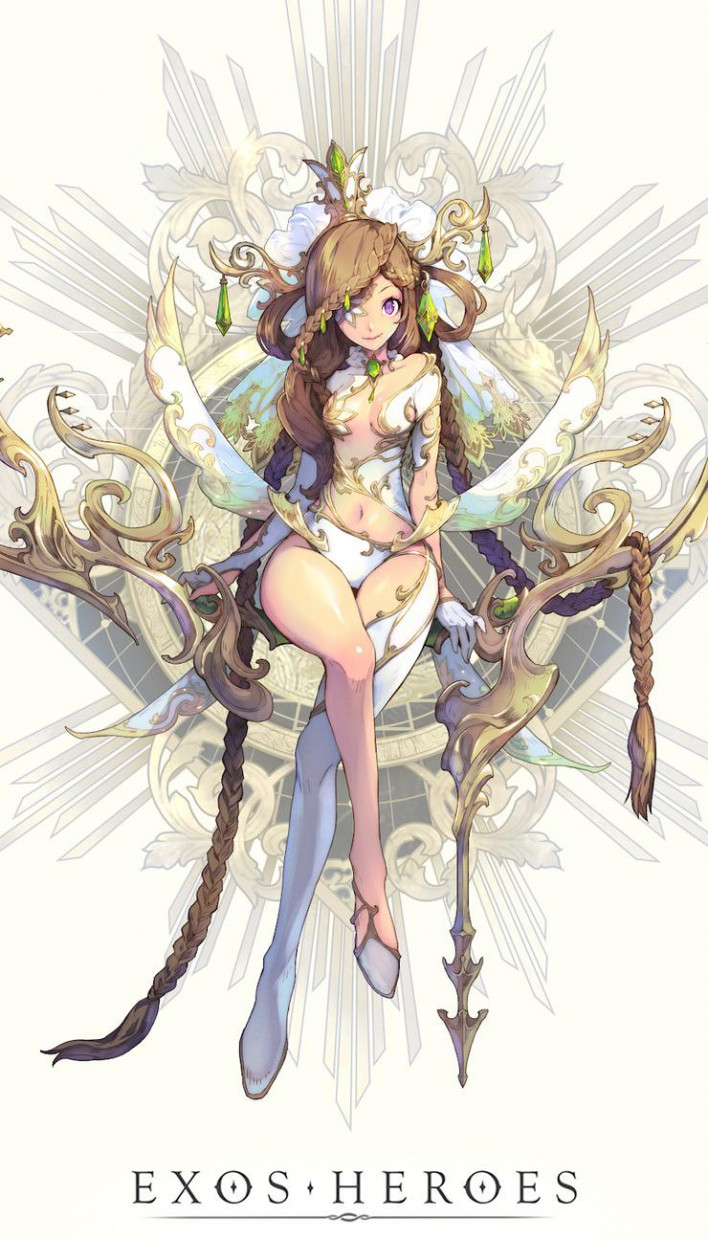 Rera from the parallel world where the Marinehawk lineage has awakened. It's been said that even the Dragon Emperor Accor could not dodge her arrow, who was the best archer at the time.

With the release of the 6/25 update, Fatecore Rera has joined the Exos Heroes universe. As opposed to her normal playful self, Fatecore Rera is a regal and imposing presence on the battlefield.

But the question is simple -- is she worth it acquiring? The community consensus seems to be yes. In particular, she is quickly proving her self a powerful hero in PvP. Her unique ability to reduce the accuracy and evasion of her enemies allows for slower, more stall based strategies (especially considering her own high evasion rate).

Players are reporting that Fatecore Rera is even trumping the most recently PvP top-tiers, Fatecore Zeon and Fatecore Anastasia. Her second active skill, Galatic Baptism deals AoE penetration damage (good against high defense heroes), and the fact that her debuffs are "mark" abilities means they can not be Cleansed away by support heroes.

A tank buster through and through, Fatecore Rera is definitely worth the pull. Her abilities and debuffs are what makes her powerful and she doesn't rely on gear or raw stats.

Let's look closer into what makes her so unique and powerful.

Uloom needs time to set up his powerful break abilities, meaning Rera's debuff to enemy accuracy can help stall for time. Combined with Bathory, these heroes are the core of a powerful AoE strategy against broken enemy heroes.

Fatecore Rera's Wrath ability is incredibly powerful with first guardian units. With a potential maximum of 490% counter attack damage, this allows for even the most defensive team to, potentially, have devastating counter-attacks.

She has very high base speed and her Guardian Star passive increases her accuracy and attack speed when the round starts. This allows her to often get in the first attack against the enemy and immediately debuff them with Starlight showers. The accuracy debuff is only removed when the target takes damage so, meaning they won't be able to get any hits in unless they are attacked once more.

The most powerful characters Exos Heroes aren't easily dethroned and Fatecore Rera doesn't flat-out replace any of the top-tiers. Instead, Fatecore Rera empowers stall strategies and does surprisingly well against Fatecore Zeon and Anastasia thanks to her evasion debuffs and penetration damage negating their inherent high defense.

Go forth and good luck with your next Exos Heroes banner pull!