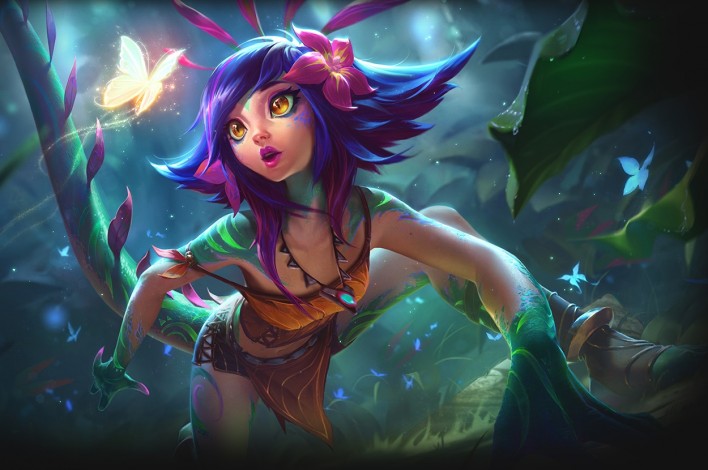 A highly anticipated change to Teamfight Tactics' items has made its way to the live servers in patch 9.18. No, the new item component and its accompanying new full items that are live on the PBE aren't part of the game yet. It's something far core to the game: the way items are distributed.

The way it works is simple. There are three types of boxes: Common, Uncommon and Rare. During creep rounds there's a chance you receive one (or more) of these boxes, which then contain one of the following rewards:

In case you missed the PBE patch notes: Neeko's Help is a consumable that can be given to any champion. Upon consumption it creates a 1-star copy of the champion, and adds the copy to the bench. In case the bench is full, Neeko's Help is returned to your item stash.

With the new system, the developers aim to make item distribution more fair. As they say in the blog:

We’ve changed how items are distributed in PVE rounds. The goal is to keep a variety of experiences across many games, but also to make the game more fair over the course of a single game.

Due to the slightly inflated gold from the new loot system, we’ve made some adjustments to how much XP it takes to level.

We’ve made some minor adjustments to how likely which tier champions will appear at a few different levels. We’re hoping these make clearer early, mid, and late game phases.

It’s proven a bit too consistent to get 2 star tier 3 champions, so we’re shrinking the bag size to reward players who build the path less taken.

We took a pass at all the items to ensure that they stack in a sensible way, and that we’re informing you when they don’t. Adding copies of items that do not stack will now cause them to bounce off any champion they are placed on. Unique items will be labelled as such in their tooltips. All items listed below are not intended to stack.

We’re adding new nine piece chase options for some of the traits that can be completed with Spatula items. These are not teasers for new champs this time! But we like the high end chase options so we wanted to explore a few more.

We’ve added some extra power to four piece wild so that the four wild units actually get a benefit from four wild. We think it’s going to be wild.

Teamfight Tactic's new music will change based on what phase of the game you're in. For instance, during shopping phase the music is calmer and less busy, but as battle phase starts the music transitions into a more energetic combat driven style. There are also 3 different “chapters” of music: the first chapter goes from the beginning of the game to when first player is knocked out. The second is from that point until there are only 3 players left. Then the final chapter brings us home.