Patch 9.15 makes changes to over half of Teamfight Tactics' champions 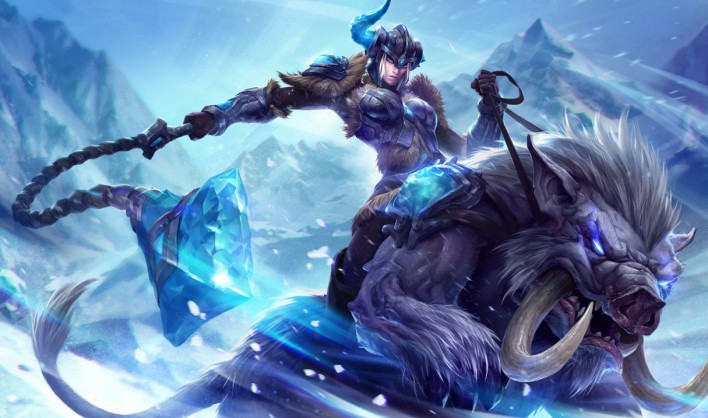 The beta season of Teamfight Tactics has ended, and Riot is entering the game mode's launched state guns blazing. After a couple of smaller changes were made during the beta phase, the company is now making some drastic balance changes. Most changes are just a couple of numbers being tweaked. But that shouldn't be deceiving. In total, 11 main classes are being changed, each with a number of champions in them too.

Knights are receiving one of the largest buffs, it seems. Riot acknowledges that, while 2 Knights generally functioned well within a composition, going all-in on the synergy didn't pay off at all. Going forward the synergy will not only reward Knights themselves with a 'basic attack blocking shield'—your entire team will take reduced damage from all types of attacks.

The synergy Void units have will pay off more as well and, ironically, they might directly counter the aforementioned Knights. Instead of ignoring 50% of the opponent's armor, all friendly Void units now deal True Damage.

Patch 9.15 is quite frankly too large to go in-depth on all the changes made. Read them below!

We nerfed the Assassins in 9.14b, but we still want them to be functional in other comps (Example Wild Rengar should be viable). So, we’re putting some power into their abilities to avoid synergizing their new power with the Assassin trait bonus. We’ve also made some systemic changes to how Assassins move in combat, and how they acquire their targets. This should add deeper counter-play to Assassin positioning.

Demon is proving a little on the strong side, so we’re making adjustments to keep them in check.

Dragons being 100% magic immune really shut down a lot of options to fight them. We’re removing that, and giving them a few minor defenses back to compensate.

We pulled some of the power out of the Golem, but we still think they should be powerful casters that can also fit into other comps, so we are putting some power back into their abilities.

Guardians are finding a small niche, but the cost of running one early is a bit much. So we’re buffing their trait bonus, and letting the Guardian’s be a bit tankier as solo units.

Knights are currently a fine two-piece front line at the start, but then immediately fall off at four and six pieces. So, we're going to improve the Knight fantasy by having Knights protect your whole team. Little strikes won’t punch through these defenses!

The old Ninja bonus had some pretty big scaling issues, especially combined with the Assassin bonus. We want one Ninja on your team to be an attractive option, and if you can get all four Ninjas then they really turn on as auto-attackers and ability casters.

Noble should be a very powerful buff when you get it, but the lack of magic resistance proved that wasn’t the case, so we’re adding magic resistance to the trait. We’re also changing the attack speed and damage of many nobles so they can use their buff better, but maintain their DPS.

Pirate was likely overnerfed for fear of what it could do to economy builds. We’re making it less likely to get those boots/fish bones, and adjusting some of the champions.

We’re reimagining the Void this patch. These are monsters that, in force, can tear through your defenses you worked so hard to set up. Be afraid of the Void!

Yordles are in a pretty good spot, but it can feel really bad when the dodge doesn’t work on things it probably should. We’re making a small adjustment, and improving the three-piece so you can throw Yordles into many other comps.

There's a few units that we're adjusting apart from their traits: We’re making it more likely for Blitzcrank to get a 2nd grab off. Karthus needs to be just a little scarier. Yasuo isn’t quite pulling off the solo kill stunts he should be as a five-cost unit, so we’re buffing him a bit. Last but not least, Ashe & Kindred aren’t pulling their weight, so we’re giving them more damage.

Locket has been redesigned. It still provides valuable shields for the start of combat, but is much less about permanent health.

Voicechat and party will persist through multiple games.