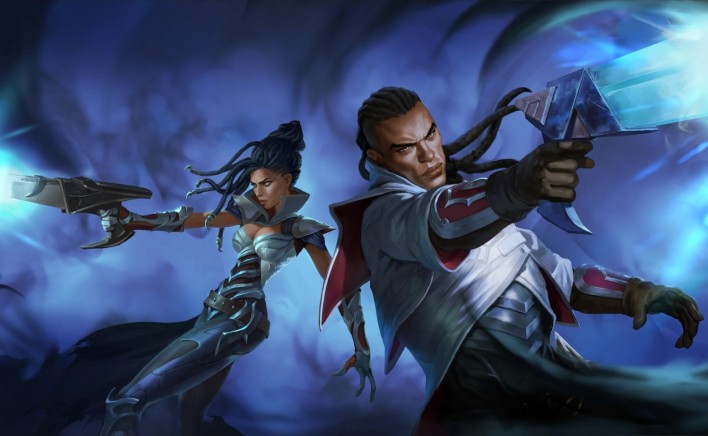 Teamfight Tactics is preparing for patch 9.24. Riot's autobattler's next update isn't just one for balance, though: three new champions are introduced. Gun-wielding duo Senna and Lucian enter the fray, and the dangerously powerful undead crybaby Amumu has found his way to the board too. With many numbers being tweaked as well, TFT's Principal Game Designer Stephen 'Mortdog' Mortimer used his stream to break down all the upcoming changes.

Lucian and Senna introduce a new origin in Teamfight Tactics: Soulbound. Mortdog explained what exactly this means: "If Senna dies she stays alive in ghost form until Lucian dies, and vice versa. They both have to be dead in order for them to go away. They become untargetable ghosts—they still keep all their buffs, they still keep all their items. In that regard, they become very durable damage types."


: “She has the lowest base stats in the game. She’s a two-cost, but her HP is lower than [that of] every one-cost in the game. She’s very, very fragile. If she gets hit by something like an Assassin, she goes *pop*," Mortdog said.  But that's not the only thing where Senna can feel underwhelming: "She has very low AD, very low attack speed.”

So where does Senna shine? With her ultimate. Senna starts the round with 50 mana, and casting her spell, Piercing Darkness, only costs 75. Unless something goes horribly wrong, you’re likely to get at least one cast. When she pulls the trigger, she targets the furthest ally and shoots a beam, dealing damage to enemies and buffing the damage output of hit allies for five seconds. Mortdog notes: “You can control who she’s gonna hit. It’s an interesting positioning puzzle. A common thing to put Senna in the back corner and Lucian in the front corner, and she’ll always target Lucian along with everything in between [them].” A great combo, the developer tipped, is to place a Morellonomicon on Senna.

Her partner Lucian isn't the tankiest champion either, Mortdog continues: "Like Senna, Lucian is also very fragile—550 HP is not a lot for a four-cost. The idea is, again: They’re both fragile, but (...) it actually takes them a long time to die. Trying to make one of them tanky can work on mountain games, but it’s pretty tough to do."

Whereas Senna belongs to the Shadows, her partner Lucian is a Light Souldbound champion. A big deal, Mortdog thinks: "What this means, is that Light is no longer as reliant on hyper-rolling. Lucian is very, very powerful. His spell is actually kind of bananas. You’ll notice his mana is 0/50, so he casts his ult very frequently. His ult is kind of complicated to read, but (...) the general idea is that Lucian scales with attack speed. If you give him a lot of attack speed, he will fire a lot of bullets. (...) It works well with things like Giant Slayer.

"If you’re playing six Light, that’s really strong here. Lucian does a lot of damage. (...) The spell also scales off of AD and AP, because it uses his base AD, but the bonus damage applies with magic, so he scales with both.” Lucian's ultimate does not give stacks for Guinsoo's Rageblade, unfortunately.

The third unit entering the TFT arena is Amumu, a 5-cost Inferno Warden: "A really good front liner for Inferno: a lot of armor, really good base stats. His spell, as you saw, is a really big AoE, it stuns, and does damage.” Amumu’s ult, Curse of the Sad Mummy, is akin to Taric’s in the sense that its size grows the higher the caster’s star is. Pretty powerful, according to Mortdog: “2-star Amumu hits basically 60% of the map.”

This is where it's important to bring in the buffs Inferno is receiving. The trait is facing changes on three fronts: "Right now Inferno only triggers on spell damage, but it’s also going to proc on critical attacks now. You can run two rangers and Inferno, or Inferno Assassins, and when they get critical strikes with Infinity Edge, they’ll leave big Inferno stuff. That alone is a really large buff. But we didn’t stop there." 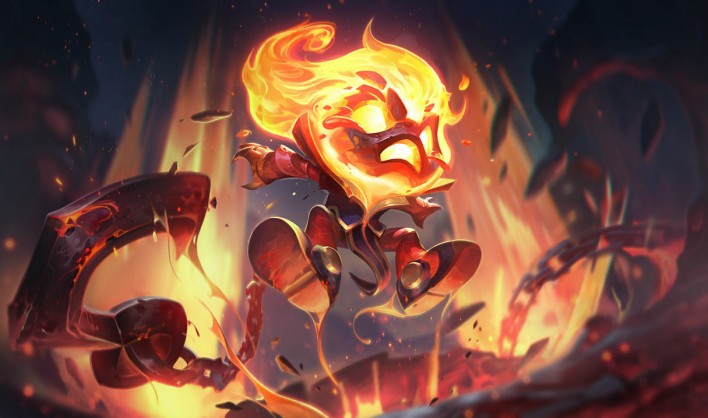 But the craziest buff is the last one. Whereas first only one hex would light on fire, the fire will spread in patch 9.24. “If you’ve got six Inferno and you crit something, what’ll happen is that you burn a bunch of other hexes. (...) Let’s say a Varus ult passes through three [champions], each one will create three hexes that stack on top of each other."

When looking at Amumu again, his potential all of a sudden seems insane. “The thing to remember [is] that usually when you get Amumu, you’re probably running three or six Inferno. Six Inferno Amumu gets really nutty, because it will hit, like seven [champions], and then each of those will hit three hexes because it’s spreading apart." If you manage to get a 2-star Amumu and if you have six Inferno, the entire board is set ablaze. Let's not think about what a 3-star Amumu with nine Infernos does.

For a full breakdown of the entire patch, watch the VOD below starting at 33 minutes.