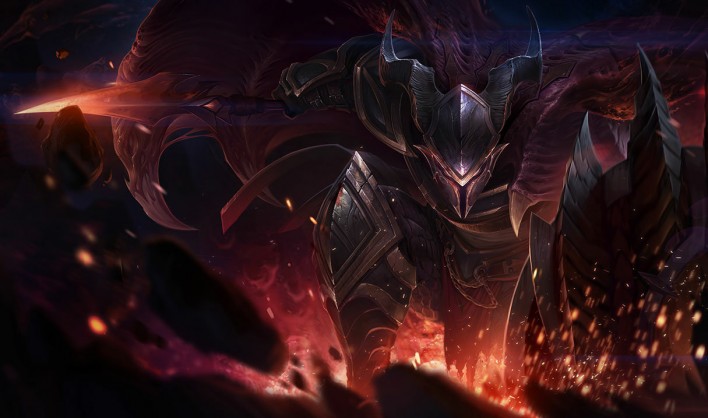 As was teased by Teamfight Tactics developer Mort last Friday, the game mode's patch 9.17 is bringing an exciting new change: Pantheon is joining the roster. Costing 5 gold the warrior will be difficult to acquire but when you do, he'll be sure to make an impact.

Pantheon has the synergies of a Dragon and of a Guardian. The former may be surprising and, to be honest, there isn't much of an explanation to it. The skin Pantheon will don in Teamfight Tactics is his dragon slayer skin, but lore-wise nothing directly connects him to the costume or synergy. Nevertheless, his ultimate ability should not be unfamiliar: Grand Starfall. It deals a ton of AoE damage and has the potential of sweeping the opponent's side clean.

Another important patch note is the Noble nerf. The synergy of the six nobles had once more turned the late game into a "can I find Kayle quickly" minigame on too many occacions. The armor their full synergy provides has been toned down by 16,7%, and the healing it provides by almost 30%.

Tapping down their power a little bit.

We're making it a little easier for Shapeshifters to transform.

Sticking with our consistency theme here.