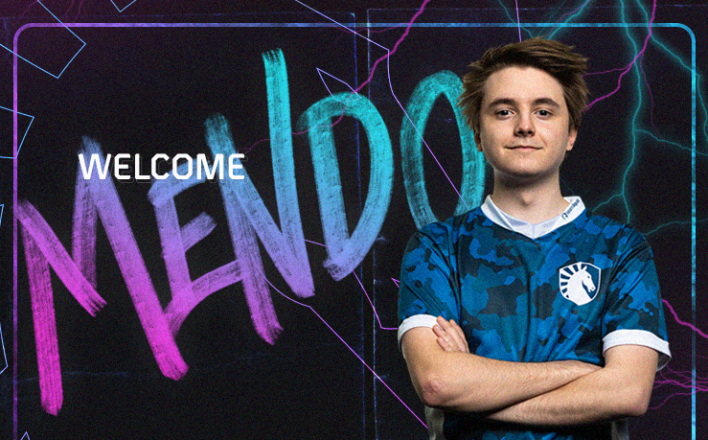 There's a new sherrif in Team Liquid town: Lucas "Mendokusaii" Håkansson. Today the esports organization announced that the Swede, who at one point held the record of most kills in a single Apex Legends game with a total of 36, is donning the blue and white to both compete and stream the battle royale.

For Mendo, Team Liquid is a new home after the FPS prodigy ended his adventure with the Overwatch League team Houston Outlaws at the end of last month. He represented himself for a couple of days but already was in talks with many organizations for a while, as he explained on stream:

In an interview Mendo did with his new team, he explains why he ended up choosing for Liquid when so many other reputable teams had offered him a spot: "It was so close, there was a lot of back and forth and it was really hard to decide, but talking to Steve about how I was looking for a long time home really helped me make up my mind, that’s what I was looking for. I wasn’t looking for just representing a specific sponsor, or advantages in a contract, I was looking for a long term home. Not just for a year or a bit more, or even after my contract expires, I want a place where I can represent a brand that is looking out for me while I’m doing my thing, and I’m looking for a good relationship on both sides."