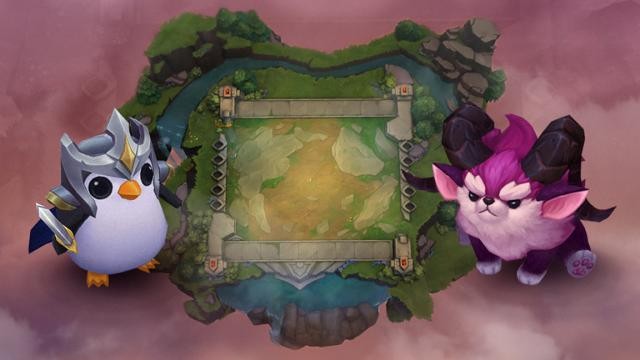 Teamfight Tactics is moving fast. Shortly after its launch it already dominated Twitch in a way other games in the autobattler genre can only dream of. The new game mode in League of Legends which drew heavy inspiration from the Dota 2 mod Auto Chess is even getting competitive support already: Twitch and Riot Games have announced a $125,000 tournament.

Much like most Twitch Rivals events, the tournament will be an invite-only competition. A total of 64 Twitch streamers will enter the arenas, split in two groups of 32. After the first day has concluded only 16 of the streamers will be left standing in the second day, on which a champion is crowned.

Although the specifics of Twitch Rivals' format haven't been announced yet, it's likely that it'll be similar to Twitch's Dota Auto Chess events. There, players earned money based on their placements with each game played, with the highest-earning players advancing to the next rounds.

The Twitch Rivals Teamfight Tactics Showdown is held on July 17 and 18. Day 1 starts at 9am PST, day 2 at 1:45pm PST, and can be followed on Twitch Rivals' channel.