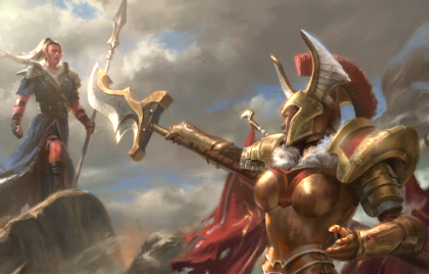 Times are dire for Valve’s collectible card game Artifact. Not even a month and a half after its launch the game’s player base has shrunk to almost negligible size. According to Steam Charts, a website tracking player number data on all games played on Steam, Artifact hit a new low of just 2196 concurrent players at 4:23 pm PT on January 8.

The new low continues a worrying trend Artifact has been subject to since its first day. Peaking at over sixty thousand players at launch, players quickly abandoned the game as it appeared to have a very low return of investment. Two and a half weeks later, Artifact’s 24 hour player peak already sat below ten thousand concurrent players.

In December, Valve tried to stop the bleeding by implementing several new features. Two weeks after launch a couple of new decks were added to the game’s Call to Arms mode, in addition to the reactivation - it was already an active feature in Artifact’s private beta - of an emote system. One week later a significantly more impactful patch added a skill rating system, a progression system and made some surprising changes to cards. Although player numbers surged to eleven thousand concurrent players for a few days, the decline slowly set in again over the holidays.