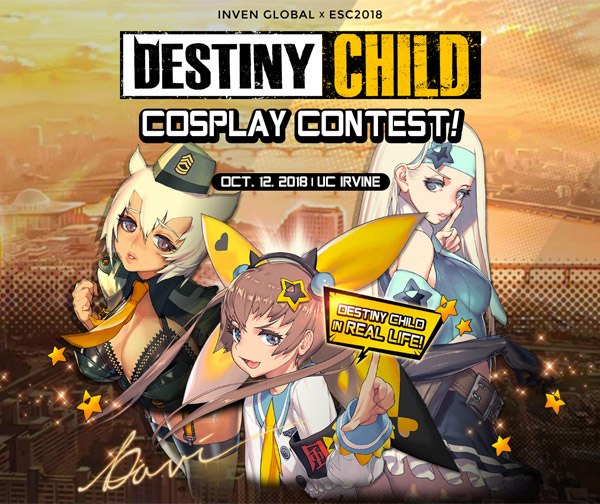 The contest will be an event where everyone who enjoys cosplay will be able to join and meet the adorable characters from Destiny Child in person. Cosplayers dressed up like the Destiny Child characters will be out and about at the UCI Game Festival, participating in various events with the visitors. Also, visitors will be able to enjoy a special show that features these amazing cosplayers on the main stage at the end of the contest.

Anyone can sign up to join the contest as long as they are cosplaying a character from Destiny Child; signup will be available until October 1st. Well-known cosplayers popular for their high-quality cosplays like Stella Chuu, Mandy Sim, Raegan Kathryn,  etc. will also be participating in the contest!

A special event for visitors will be held at the same time; those who participate in the offline voting will be given free gifts. Also, special gifts will be given to randomly selected participants who take selfies with the Destiny Child booth in the background and upload the pictures to the event page.

‘Destiny Child’ is a mobile game developed by SHIFTUP and LINE Games. The title reached 1 million downloads in just 3 days following its official launch in South Korea and Japan and continues to grow steadily. The CEO of SHIFTUP, Hyung-Tae Kim, who is renowned for his illustrations in the Genesis War series and Blade & Soul, also helped in the development of Destiny Child. The game gained a lot of attention prior to its release for its high-quality illustrations and impressive features, all designed by some of Korea’s best artists and game devs.

The UCI Game Festival, hosted by Inven Global and ESC2018, will be held at UCI, California, from October 11th to the 12th. There will be a variety of game-related events, including an esports tournament. No separate sign-ups are required for participants, and those who are interested can simply visit the UCI during the festival to join.

More details about signing up and joining the Destiny Child Cosplay Contest can be found on the event page. 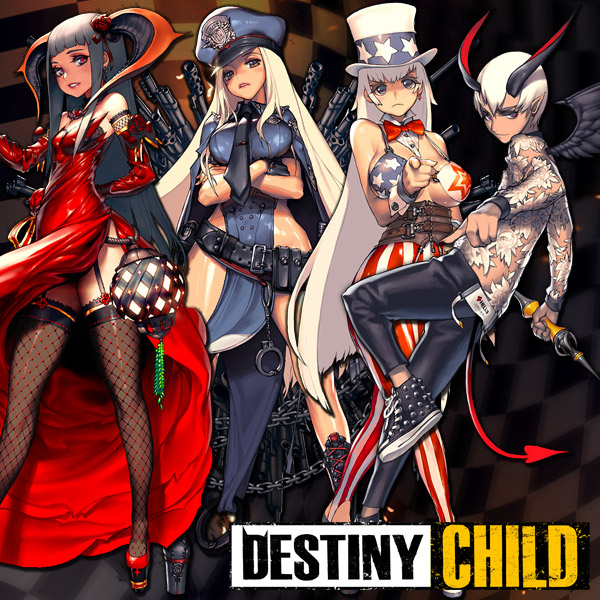