LOS ANGELES – October 25th 2022 - PUBG MOBILE is excited to share the full format for its pinnacle tournament, the 2022 PUBG MOBILE Global Championship (PMGC) which will begin November 10th with the PMGC League! With a record-breaking 48 teams, PUBG MOBILE has created a new format which will aim to foster regional rivalries and provide even more entertainment for fans. The PMGC League will be held in Kuala Lumpur, Malaysia, with an all-new and exciting format which is divided into three parts: Group Stage, Survival Stage, and Last Chance.

The Group Stage, taking place from November 10th to 27th, will split 48 teams into three groups. The top 3 from each group will advance directly to the PMGC Grand Finals, and the bottom 4 teams will be eliminated. The Survival Stage will take place from November 30th to December 2nd with the remaining teams from the Group Stage battling it out for one of the 16 available slots in the Last Chance. The Last Chance, held on December 3rd and 4th, will then provide the final test with only the top 4 teams heading to the PMGC Grand Finals.

The 13 best teams from the PMGC League will be joined by three teams, who have been invited based on their global competitive performance, which includes Alter Ego Limax, Team SMG and one more to be confirmed. The teams will then go head-to-head in front of a live audience in Jakarta from January 6th-8th 2023 at the PMGC Grand Finals. 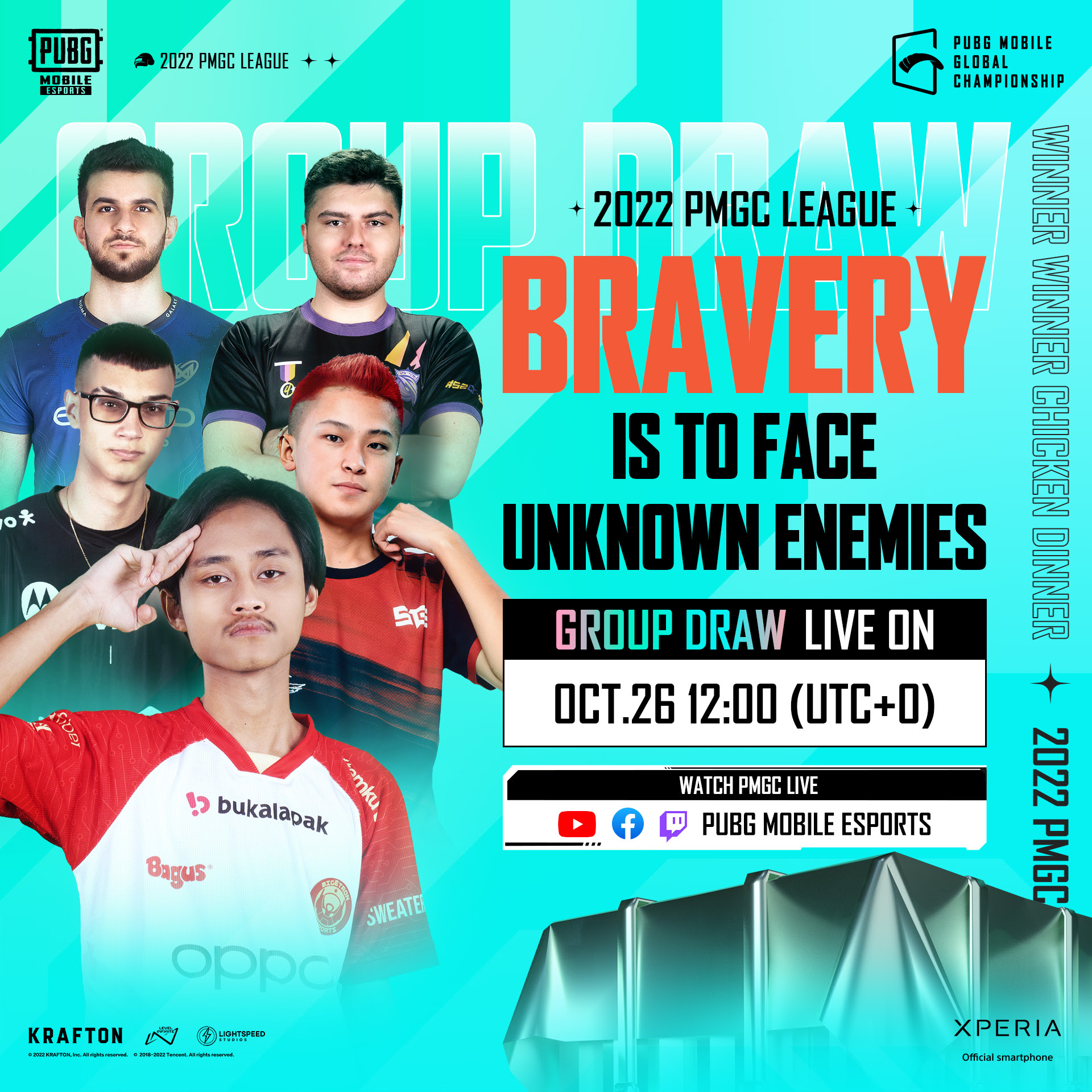 In order to sort teams into groups for the PMGC League, PUBG MOBILE will host a Group Draw on 26th October which can be viewed on the PUBG MOBILE Esports social media channels Facebook, Instagram, Twitter and YouTube page. The following 48 teams who have earned their spot competing in PUBG MOBILE tournaments and regional leagues will be sorted into three groups. 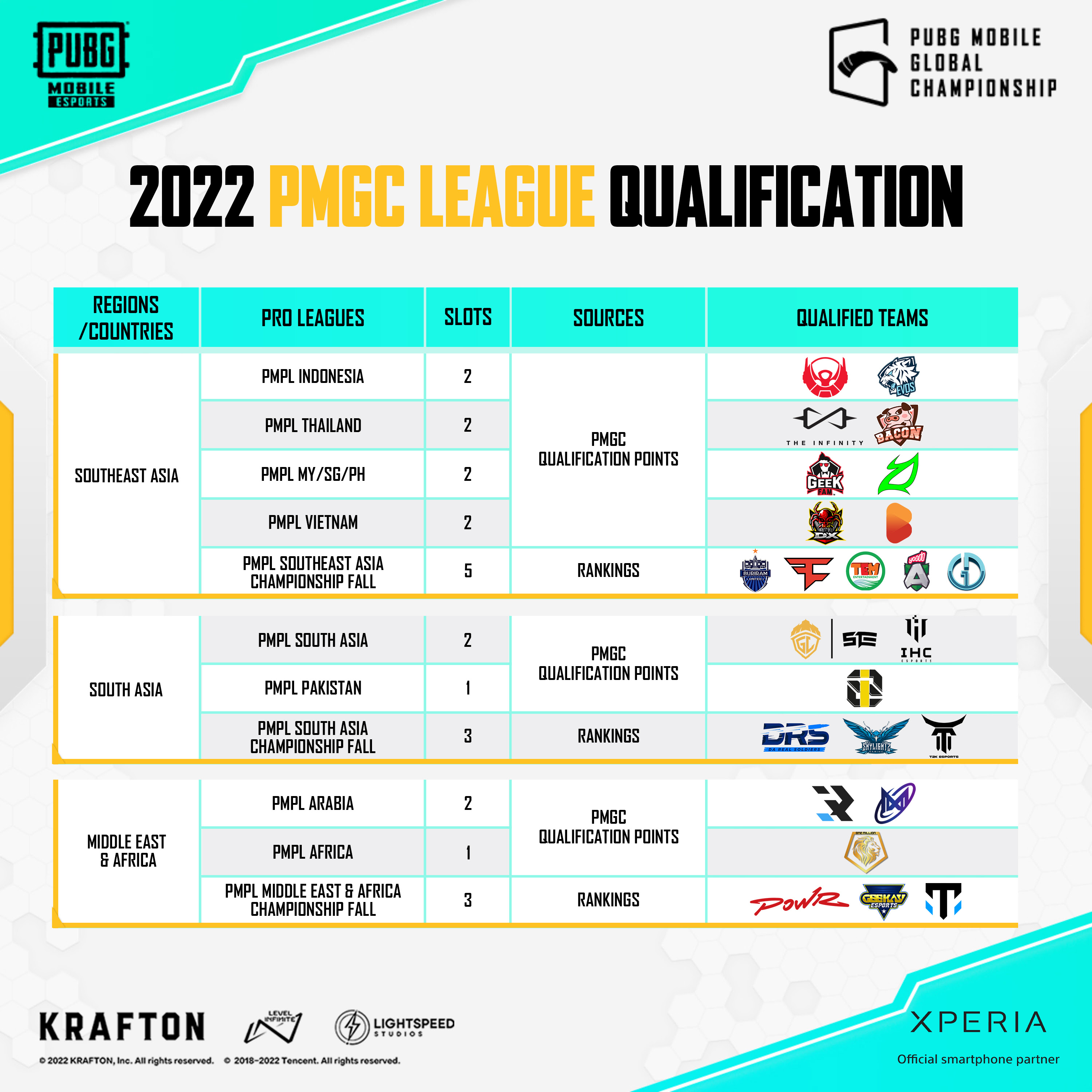 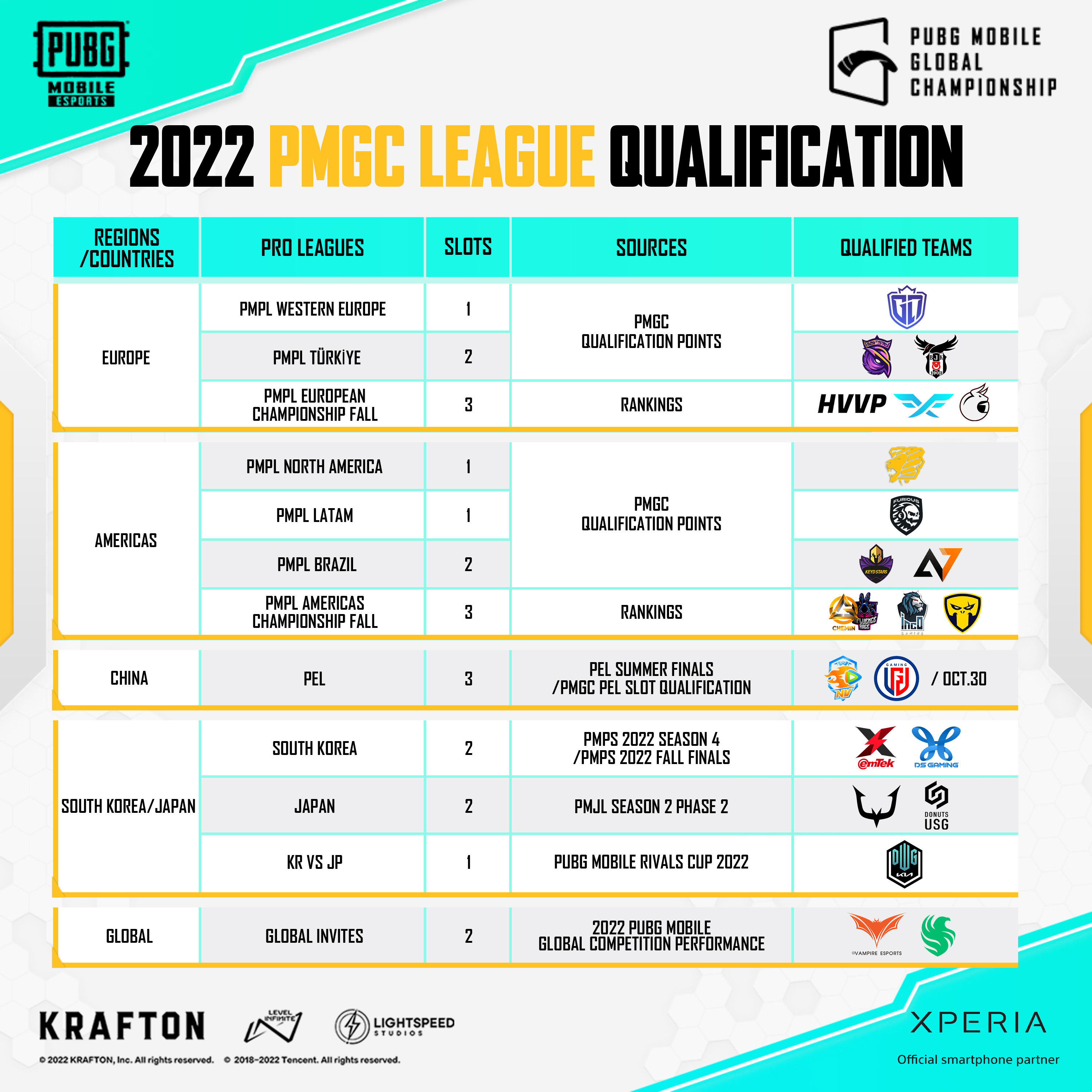