The Overwatch community finally got their hands on the second Overwatch 2 beta but there are some glaring issues with popular heroes that have left a bad taste in players' mouths.

Between the first beta and the one that just launched, Overwatch developers made an abundance of changes to heroes based on player feedback. This included a lot of updates to support heroes, including a huge overhaul to Mercy.

Mercy players can no longer manually control the infamous "super jump" trick, the major mobility option that kept the Swedish healer viable in the new aggressive one-tank meta. It's safe to say that Mercy mains are not happy with the change.

Blizzard developers discussed the change in the latest patch notes, explaining that Guardian Angel can no longer be cancled by using crouch "for a big vertical boost." Instead, the movement will automatically launch Mercy upwards if players reach the end of the its range. This has left Mercy's movement feeling limited. 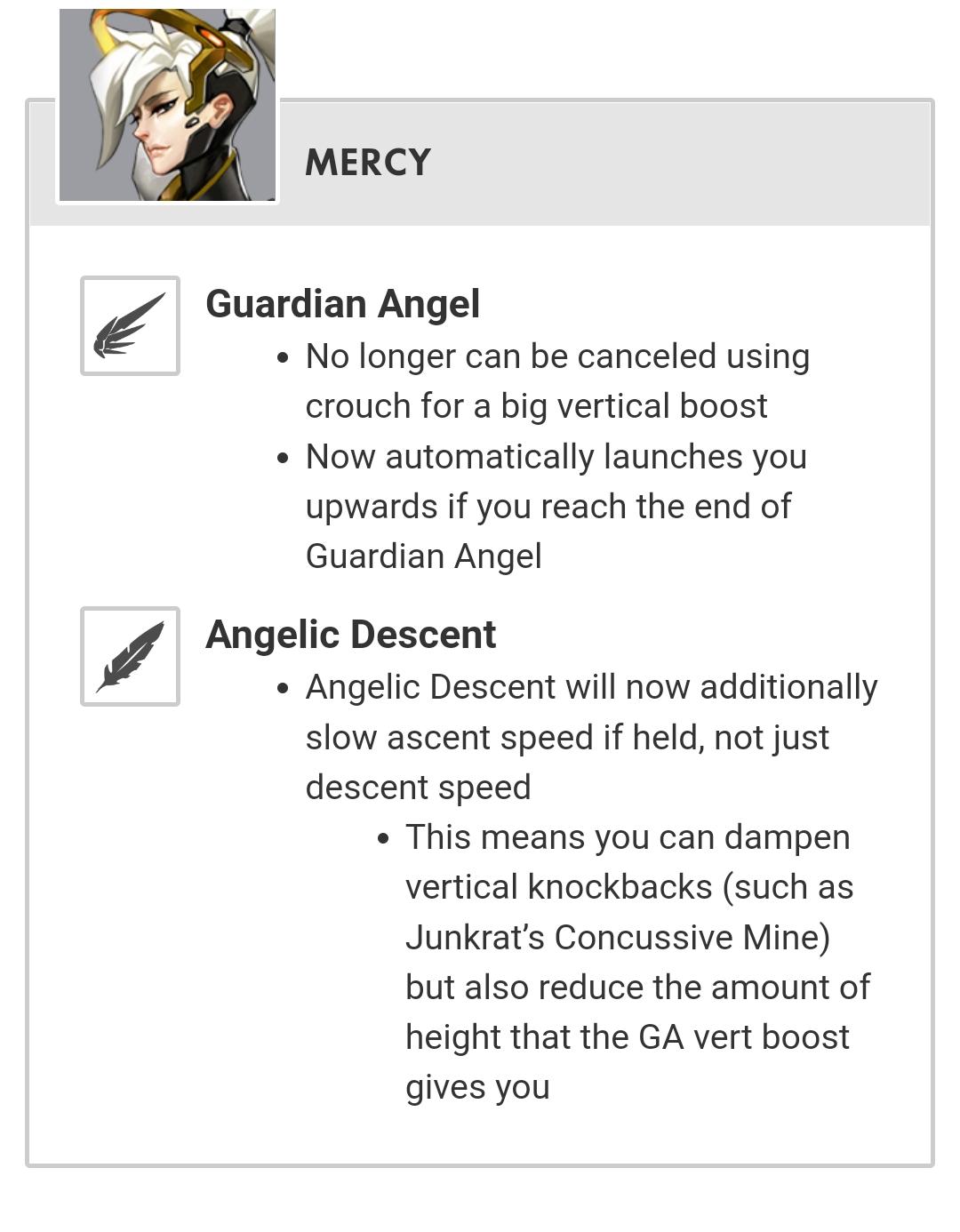 On Reddit, Overwatch players were quite vocal about disliking the changes to Mercy's super jump. One player said she had been "massacred" while others felt that she was no longer fun to play at a higher skill level since the skill ceiling had been lowered.

"Making you jump automatically when flying to someone is a baffling decision. So awkward. Hope it gets reverted fast," one Reddit user said.

A Mercy main added: "They'll definitely revert this, it's so horrible to play. I'm not sure anyone even tested it honestly."

A Mercy main with over 1,000 hours on the hero in Overwatch 1 said that the update was a "step back." Before, players were able to control the height of the super jump or do other tricks if you had the right timing down. You could even jump backwards. Without having control over when Mercy jumps or how she jumps, players are left feeling vulnerable as they wait for the entire animation to finish.

Blizzard has yet to respond to the criticism but some fans have pointed out that the team is just "experimenting" right now and that changes to heroes may still happen before the launch on October 4.