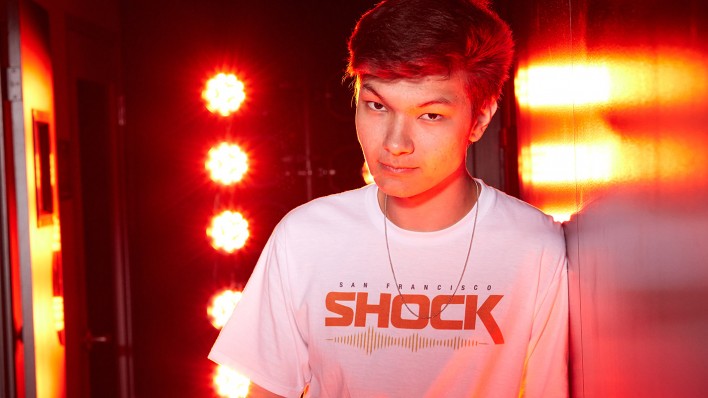 Jay "sinatraa" Won will go down in history as one of the best to ever play Overwatch. The 20-year-old youngster won everything he possibly could in 2019: the OWL Season 2 with his San Francisco Shock, the Overwatch World Cup with the United States, and two MVP titles — one for each tournament. If a young game like Overwatch could have a title like Greatest of All Time, sinatraa would be a prime — and perhaps the only — candidate.

So when sinatraa retired from Overwatch to pursue a career in VALORANT, the news made immediate headlines. The player who had won it all in Overwatch was abandoning it for a game that was still in beta at the time: a big loss for Blizzard's FPS and a big win for its direct competitor.

As he departed Overwatch, sinatraa joined Sentinels as a founding member of the team, and found himself in the company of FPS veterans, including Shahzeeb "ShahZaM" Khan of CS:GO fame. The growing pains of the new roster ended with subpar results in the game's few low tier events, but by July, sinatraa and Sentinels started turning heads, winning their first Ignition Series title: a 3-1 over Cloud9 in the finals of PAX Arena Invitational. In that tournament, Sentinels not only beat Gen.G, but also TSM — currently the most winning franchise in VALORANT.

And last night, August 30, sinatraa added a second Ignition Series title to his cabinet, with a nice bank to go with it.

A nigh flawless run through the $50,000 Pop Flash Ignition Series matched Sentinels against Team Envy, led by CS:GO veteran Pujan "FNS" Mehta. The two teams had already met in the group stage, where Sentinels had taken a 2-0 victory, and to earn the rematch at the grand finals, Envy had to go through the lower bracket, defeating Dignitas (2-1) and Cloud9 (2-1).

Coming into the grand finals, sinatraa and Sentinels had dropped only one map — a loss on split to Cloud9 in the winners bracket final — and had otherwise been flawless. Their wins against lower-ranked teams had been devastating, with Dignitas winning a total of only three rounds across two maps in the winners bracket round 1 (13-0 on Split, 13-3 Haven).

Albeit it not as dominant, Sentinels' win over Envy was still one-sided. Envy couldn't get to double-digit rounds on any of the maps and Sentinels swept the series 3-0 (13-9 Haven,  13-7 Bind, 13-8 Split). ShahZaM and sinatraa led the K/D scores in the finals with 1.35 and 1.28, respectively, outgunning Envy across the board, with sinatraa even putting up the highest Average Damage per Round (ADR) at 176.