A newbie's journey into the expressive world of aesthetic PC gaming

If you are like me, you will relate with the following series of images in a subtle but increasingly poignant way the longer you look at them. 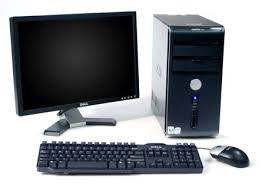 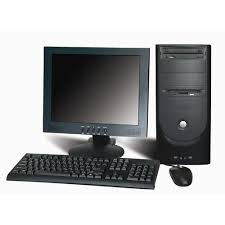 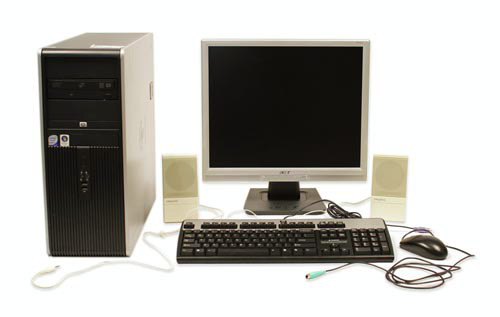 Ahh, yes. The familiar sight of my childhood oasis of esports and video games.  My father's computer, eventually known as the family computer and ultimately fated to end up as my personal gaming computer. Back then, I could hardly imagine why anyone might care about how their PC looked. All we cared about was lag and whether or not your WASD keys worked correctly.

Now, in 2020, the world of PC gaming is decidedly different. While technology and computers have always had those interested in their aesthetic (cassette futurism is a beautiful style I have been daydreaming about lately), it is only in recent history that gamers of all varieties have embraced a near-universal love of beautiful gaming stations.

This battlestation has more room than my first apartment.

The world of beautiful hardware is a wonderful place. The cable management is pristine, nothing overheats, and the natural dim of a gamer's room is made electrified thanks to the playful buzz of geeky synthetic ambient light.  Setups like the ones above inspire thousands of gamers to dive into this unique tech world of interior design, as it is clear that gaming identity can be expressed in visual and creative hardware setups. In fact, appreciation of a PC setup's aesthetic is common in the performance-interested hardware section of the PC gaming community.

But I've never cared about the performance or appearance of my PC.  I've assessed the quality of my computers as follows: If it runs the video games I play with decent graphics and no lag, it's a computer I'm interested in.

In other words, the world of beautiful PC aesthetics is foreign to me.

My PC is pictured above and is currently running Windows 7. When you pick it up, it feels like holding a flimsy plastic box with 50 pounds of sand in it. It is an ancient server-class machine that is just heavy as hell. Admittedly, I'm not a super hardware geek, so my decision to buy this PC came down to its comically positive cost to power ratio. For years it never failed me so I just kept it.

But, admittedly, it is pretty clunky. If I were to enter the world of aesthetic PC gaming, I needed to change.

Where do I even start?

So I lurked the Battlestations SubReddit and stumbled upon this image.

This was perfect! I really enjoy how the desk looks and you just know the audio quality is incredible in this room.

And look at the legroom!

However, the more I gazed, the more I lost interest. All it really is a cleaner, bigger version of what I already have. It is beautiful in its own way, but not in any way that personally interested me.

That is where I learned an important lesson about the search for personal style -- it isn't enough to just try and emulate something you think is a "better version" of you. Instead, you need to look further inward and imagine how you'd like to characterize yourself through style.

So, I continued to browse the subReddit. I didn't know what "mood" I was trying to invoke, but I did notice that all of my favorite Battlestations were very colorful. These gamers used tons of different lights to create moods and aesthetics that amplified their personality so clearly.

Then, my current playlist slid into this song.

I've been slightly obsessed with Kavinsky lately.  The French musician, producer, and DJ  is most known for the haunting song "Nightcall" made famous for its masterful use in setting the tone and feel of the movie Drive. The second song on the album, Pacific Coast Highway, was the gem that truly inspired the "feel" I wanted to try and emulate with my battlestation.

The song is weirdly eery but filled with energy. The most unmistakable part of the track is the 90's style narration that sounds like it is from a vintage episode of a low budget cop show. When I listened to it this time around, I pretended as if the chatter of "supernatural speed" and precision was really about someone's gaming prowess.

Then, I heard the loud motor of a foolishly fast car, emboldened by LA's empty quarantined streets. It tore across the long stretch of the road that lay before my 4th-floor apartment window.

I knew that what I wanted my new battlestation to "feel" like. Now, I just had to assemble the gear!

My equipment so far

Thankfully, my job with Inven Global has some perks and one of them is our continued partnership with HyperX (they also sponsor our podcast). That means I already had the following items ready to go.

Don't judge the Chrome book -- I write a lot of emails.

I knew I wanted to capture that synth-wave aesthetic that Kavinsky reminded me of so clearly, so I was happy to try and incorporate a strong red presence in my set-up. The distinctive red glow of the QuadCast mic worked perfectly!

The headset also has a subtle red light whenever it is muted (details matter!) so knew I had a place to start. As a matter of fact, one of the spare Inven Global PC's currently in my possession also had distinct red tones to it. Ironically, the final straw that inspired me to migrate over to a new PC was because of how it looked.

But "very red" wasn't what I was going for. I wanted my battlestation to feel nocturnal, vintage, and powerful.  I needed some dynamic lighting, so I picked up a pretty dynamic keyboard!

This keyboard has full RGB lighting with tons of different ways to customize the exposed light. You can even program different lights on individual keys! This keyboard is also quite heavy, which was a nice change of pace compared to the flimsy generic keyboard I've been using for... well forever.

With a new-found sense of care and pride over my PC gaming set-up, I set up new wallpapers, cleaned up my desktop, and brightened the red backlights on my laptop's keyboard.  In fact, I even reverted back to an older Microsoft laser mouse because I liked the red light and it's white finish matched my Gamecube controller!

I knew I needed some cable management so I picked up these unique, almost robotic looking ones at a store that sells Japanese products called Daiso. I also added some blue accent lighting near my window, which I think casts a nice wave of cool atmosphere over everything.

I am happy with the results and the entire project has won me over to the hobby. Lately, I feel more compelled to use my PC and I've found it easier to work for extended hours at a time thanks to how much I enjoy the "feel" of the space late at night.

However, the newfound attention to my gaming rig has certainly opened my eyes to all of the ways it can be improved. I want a bigger desk, a second monitor, more powerful speakers -- all things that require a significant investment for what is ultimately just nice-looking nerd things. Do I really need my computer to look beautiful?

I'm beginning to think the answer to that question is yes, even more so in the wake of the Coronavirus. Like many, the primary gaming space in my home has now become my primary workspace. As a result, the two atmospheres collide making it harder to both work and game at my maximum capacity.

For now, the reimagining of my PC set up has made that corner of my apartment feel a little new and refreshing. Right now, that is a sorely welcome addition to the routine of 2020, so this won't be my last adventure into the world of aesthetic PC gaming.

If you would like to submit gaming aesthetic, PC hardware, or Battlestations related content to our editor, please write to culture@invenglobal.com for consideration.

FLY PowerOfEvil on Game 2: "There was no reason to chrono-break, it was a fairly handled situation."