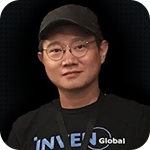 Since joining Inven Communications in 2005 as an entry-level journalist, Euideok Oh worked a wide variety of positions until his instatement as Editor-in-Chief. His eleven years of experience helped him lead and direct Inven Communication's editorial operations.

As Inven’s Editor-in-Chief, Vito made multiple efforts to introduce global game events and culture to Korean gamers, laying the groundwork for our eventual globalization. It was no surprise when he was appointed as Inven Global’s first Chief Executive Officer.

Vito is a hardcore gamer himself, also he is a big fan of esports, with his main interests being League of Legends and Overwatch. His honest passion for games and deep understanding of the game industry are enormous assets for Inven Global.

Vito has always been at the forefront of the Korean game industry and Inven’s globalization, lending his journalistic foresight and gaming experience to all those who need them. 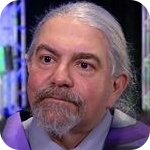 Professor Donald Marinelli's unwavering support was instrumental in the foundation of Inven Global. As our Director of Innovation, he is planning to utilize his great interest in and understanding of the Korean game development and entertainment technology industries.

Donald Marinelli is a household name in the American digital entertainment industry. As a co-founder of the Carnegie Mellon University Entertainment Technology Center in Pittsburgh - a top-tier educational institution in the fields of game development and entertainment technology - he taught over 31 years countless students who would go on to work with industry-leading organizations such as EA, Ubisoft, and Disney.

Since leaving CMU ETC in 2012, Donald Marinelli has gone on to expand his influence on the American digital entertainment industry by co-founding SD Technologies, delivering lectures as a Visiting Senior Professor at Arizona State, and serving as the Academic Director for Columbia University's Entertainment Technology Management program.

With his wealth of experience and contacts in the gaming and entertainment industries, Donald Marinelli will help Inven Global effectively connect with the North American market. 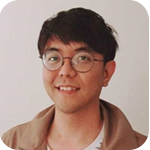 Hong Jun-ki started working in the gaming industry in 2009 as a game reporter. In Inven KR, he established the broadcast team and worked as a director to create numerous esports leagues, events, and game broadcast content. Based on his 10-year experience in the industry, Jun-ki now works as a business director in Inven Global. His love and passion for gaming has always been amazing. With his insight and dedication towards games and esports, he is ready to talk business with the partners of Inven Global. 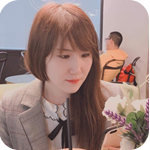 Jiyeon Kim graduated from Ewha Womans University with a degree in Journalism & Broadcasting and worked at InvenKR as a Senior Editor for 5 years. With her language ability in Korean, English, and Japanese, Jiyeon mostly covered news on console games and news on online & mobile games as well. Through her experience as an editor, she broadened her insight into the gaming industry. Currently, she works for Inven Global as the Operations Director because she deeply understands and knows both Inven Global and InvenKR well. Jiyeon is in charge of Operations, Accounting&Financial, Legals, HR businesses, Advertisements and New businesses. 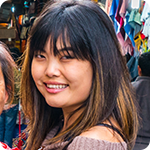 Jessica Yip works as Strategic Partnership Manager at Inven Global, where she manages partnerships and programs that grow the esports phenomenon in the west. In a former life, Jessica worked in workforce development, international trade, and foreign direct investment, particularly in the life sciences and technology sectors. As a passionate gamer, she views joining the Inven Global team as the pivotal moment where she was allowed to apply her skills and experience in partnerships to an industry she has been passionate about since childhood.
She is Membership Chair of Women in International Trade Orange County, and sits on the Marketing Committee of career education non-profit, Vital Link OC. She holds a degree in Communication from University of California, Davis. 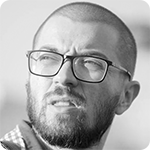 Radoslav, a.k.a. Nydra, is a journalist whose career dates back to 2010, starting as a volunteer reporter at GosuGamers covering StarCraft II. Over the years, he's led a number of newsrooms as Managing Editor and Editor-in-Chief, always with a strive to mentor and grow the up and coming talents of esports journalism. The games and topics he's covered are almost too many to count at this point, but today, he most enjoys the sublime art of education. When he's not editing words by the tens of thousands, Nydra mostly bothers his corgi and cat, lovably disturbing their sleepy times. 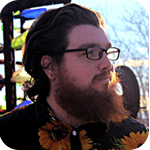 Nick Geracie has been a journalist for 5 years. Starting in 2016, Nick began covering esports on a freelance basis. After starting to work with Inven Global covering League of Legends as a freelancer in August 2018, Nick accepted an offer at the start of last December to become a staff writer at Inven Global full-time. In his new position, Nick strives to redefine the standard of esports journalism as the industry continues to grow across the globe. 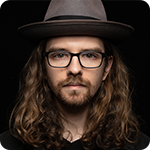 Aaron Alford is a 27-year-old reporter and content creator for Inven Global, producing articles, videos, and podcasts about the world of esports and online gaming. Aaron specializes in writing about FPS titles and esports community issues, but they have covered a wide variety of topics during their time working in esports. Before entering the world of esports, Aaron worked as a collegiate debate coach, communication manager, and video editor. They hold a Masters degree in Communication Studies from the University of Dayton. 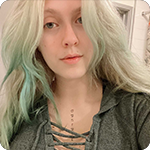 Olivia is an experienced esports writer and editor with a passion for creating unique content for the gaming community. She is a Ridley main who enjoys playing Overwatch, Apex Legends, and Super Mario 3D World. Olivia also plays the Pokemon TCG competitively and collects Kirby plush.

Inven Global Photos
Where the hell is Inven?