An elder dragon that protects itself with a glittering coat of metal. Its ecology and coat differ with each sighting, thus requiring more thorough investigation. 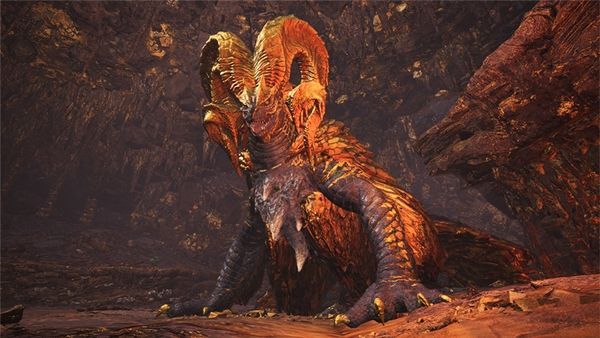 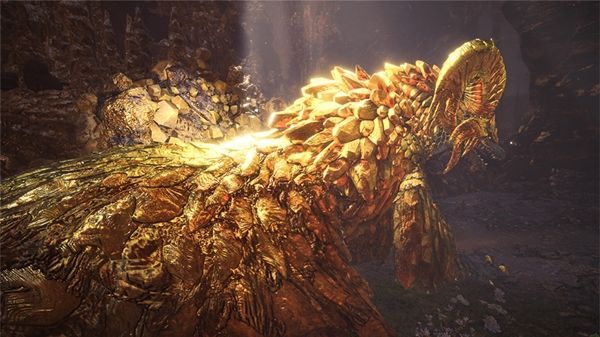 A Newly Discovered Locale: The Caverns of El Dorado﻿﻿

The Caverns of El Dorado are a peculiar network of caverns shaped and influenced both by the Everstream and the minerals that Kulve Taroth has collected over the years. Kulve Taroth's nesting ground—as yet undiscovered—is rumored to rest within the deepest region of the caverns, from which tremendous geothermal energies seem to emanate. 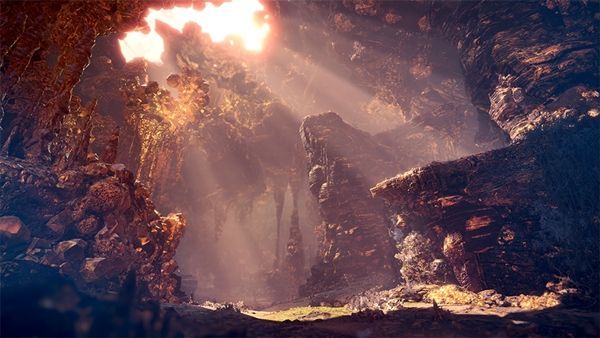 All-new high rank equipment for your hunter and Palico! 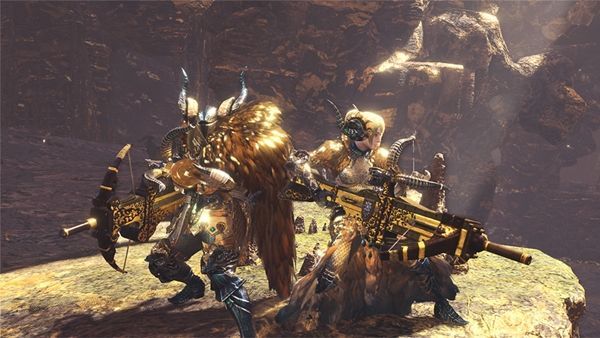 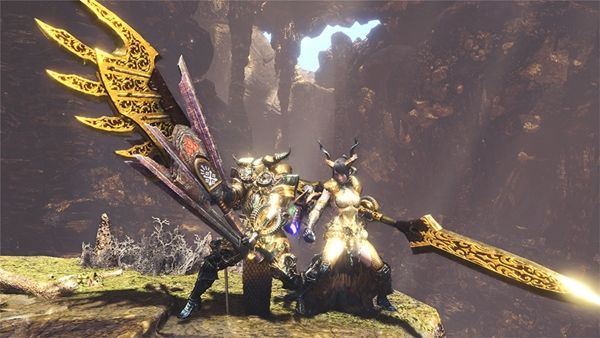 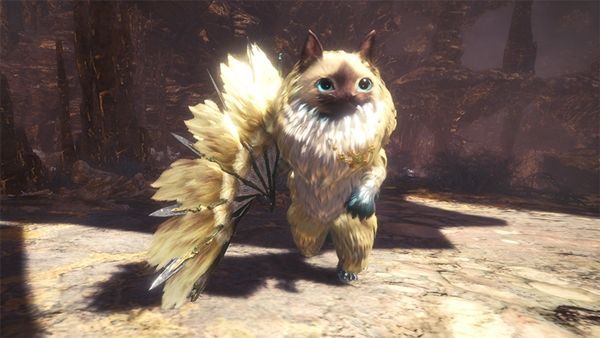 An Interface menu and an option called HUD/Help Text Size have been added under the Options menu on the title screen. You can now adjust HUD text size to be larger than the default size.

To go along with this new option, the "Subtitle Text Size" option added in PS4 Ver 2.00/Xbox One 2.0.0.0 has been moved from the in-game options menu to the title screen options menu.

You can now sell all Trade-in Items at once when selling items.

Pressing the Square button on PS4 or X button on Xbox One allows you to switch between the Decoration name and Skill name when setting decorations.

You can now preview armor at the Smithy even with Layered Armor equipped.

An update has been made to squad management so players who haven't logged in for 30 days aren't automatically kicked from the squad.

A tweak has been made so the camera is not forced to follow an active Scoutfly trail when fast traveling or returning to camp after fainting.

You can now cultivate Ivy at Botanical Research.

If a field researcher with important dialogue is present during an Expedition, an exclamation mark (!) will be displayed beside that character's name on the World Map when departing.

The Search Via Play History description text has been reworded to be easier to understand. The function itself has not changed.

Flash Pod effectiveness against Tempered Monsters will gradually decline after multiple uses, and will cease to have any effect at all after a certain point.

To coincide with the Tempered Monster's increased resistance to flash pods, the special rewards from Tempered Monster Investigations have been reworked to produce better results.

Notice and Apology Regarding Guild Card Lighting
Due to updating the Guild Card lighting system when adding new poses during update PS4 Ver. 2.00/Xbox One Ver. 2.0.0.0, the lighting for existing poses were affected and player's appearance on their Guild Cards underwent a change. We are preparing a fix that will be part of an update in the future so the lighting will be same as before PS4 Ver. 2.00/Xbox One Ver. 2.0.0.0. We appreciate your patience regarding this issue.

A bug has been fixed where players would not recover from Defense Down status even when gaining a Defense Up buff from a Hunting Horn melody.

A bug has been fixed where your bait wouldn't be consumed if you failed to reel in a giant creature.

A bug has been fixed where the lock-on cursor would target the space in front of Teostra's face instead of the actual face when aiming the Slinger. The cursor will now lock onto Teostra's face properly.

A bug has been fixed that caused Mining Outcrop points to not increase during High Rank quests and expeditions in all locales despite the environment info indicating that they are in upsurge.

In Ecological Research, there was a mistake in the level display for monsters found only in high rank that have a maximum of 4 levels of research. The following changes have been made to their monster field guide entries.

A bug was fixed where the Charge Blade move "Sword: Sliding Slash" was displayed as "Advancing Slash" while in the Training Area.

A bug was fixed where the Gajau was classified as a Piscine Wyvern in the Monster Field Guide. It has been changed to its correct classification as Fish.

Description text for the following three trophies/achievements have been updated, as previous translations had the term giant crowns instead of making a distinction between gold and silver crowns. This fix is for all languages except Japanese and Traditional Chinese.