Note: Deviljho will invade 6★ quests, 7★ quests, and high rank expeditions once you have completed the investigation for the "??? Rathian" in the main story. After completing certain conditions, you will unlock the Deviljho special assignment. 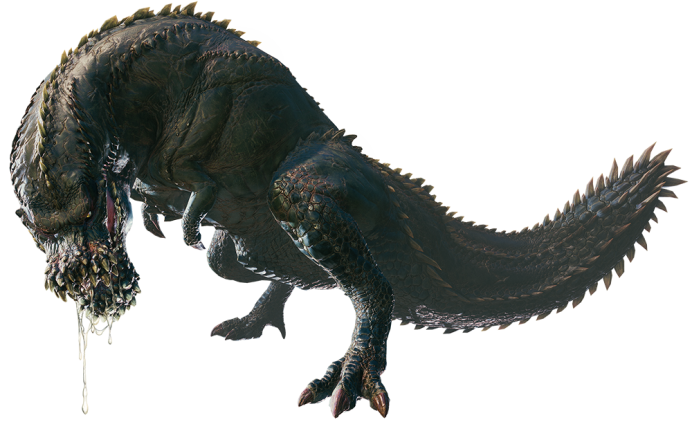 Due to its enhanced metabolism, Deviljho must constantly seek out prey.
It is extremely violent, and known to flail large monsters around. 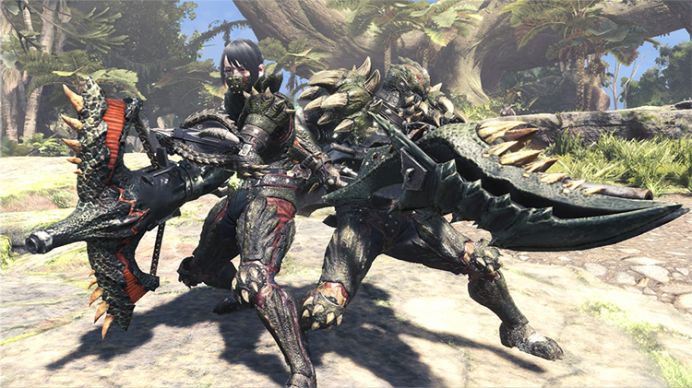 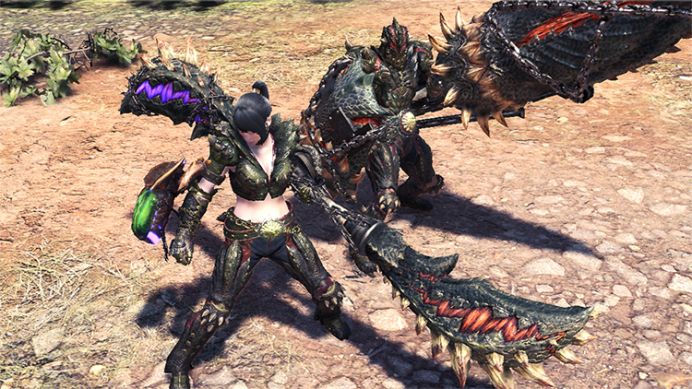 - Slightly reduced the amount that the Scoutfly Level (which is tied to monster research levels) gauge decreases after each quest.

- Attacks from allies no longer interrupt you during the carving animation. Additionally, players are now immune to all hit reactions, including bombs, during carving animations after quest completion.
- In the "Online Session" menu, the name for the menu command "Squad Session Search" was changed to "Create/Search for a Squad Session" (the functionality is unchanged).
- Added the "Text Size" setting for changing subtitle text size, under Start Menu > Options Game Settings.
- Added "Return to Gathering Hub" (single player) and "Disband & Return to Gathering Hub" (multiplayer) to the options for "Select Return Destination" after a quest.
- Added the feature "Kick from Online Session" to the player list.
- Optimized data processing to reduce loading times.

Roundslash — Damage increased.
Wedge beetles can now be used when using the slinger with your weapon drawn.

The Encore effect for the Self-Improvement melody now also increases your attack power (the effect is now "Attack Up + Deflected Attack Prevention").

- Gunlance: Reduced sharpness loss for shelling, and made some attack power increases.

- Switch Axe: Zero Sum Discharge adjusted to make it easier to use.

- Lance: Adjusted to be easier to use.

- Dual Blades: Made the Demon Gauge easier to maintain.

Demon Gauge — Can now be increased by Demon Mode roundslashes and Demon Flurry Rush.
Demon Mode — Fixed a bug where you could not cancel Demon Mode when transitioning from a Demon Dodge.


- Light Bowgun: No adjustments made.

- Heavy Bowgun: No adjustments made.