I can't believe that WCG 2019 is almost over, wishing the teams the best of luck! :D

In APAC Region: Cignal Ultra ranked first with 6 wins and 1 loss in second place we have MSCERBERUS TH with 5 wins and 2 losses.

In Americas Region: As a result of the seventh round, Thunder Predator finished first with 7 straight wins, and Black Sheep ranked second with 6 wins and 1 loss.

In Chinese tournament: the round of robin with 7 rounds, CDEC made it through as 1st place without losing a single match, and they were followed by Newbee who had 6 wins and 1 loss. 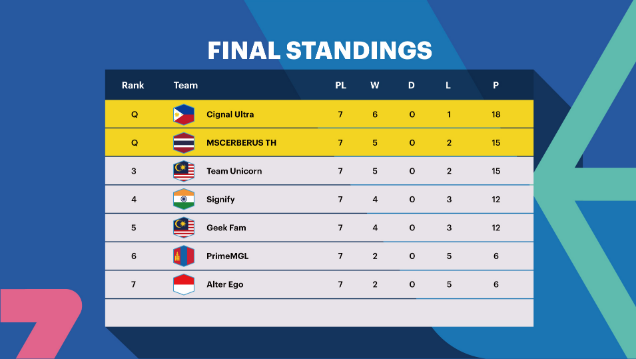 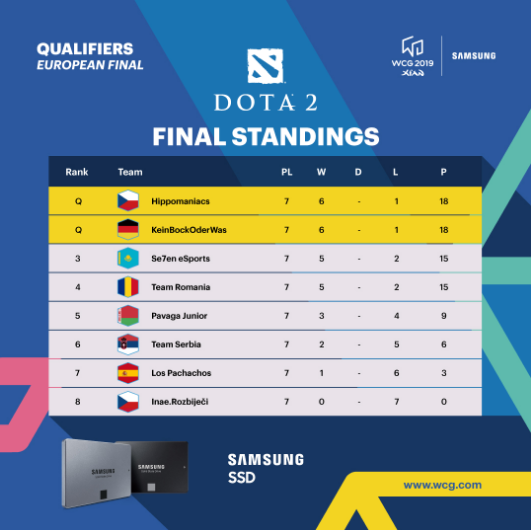 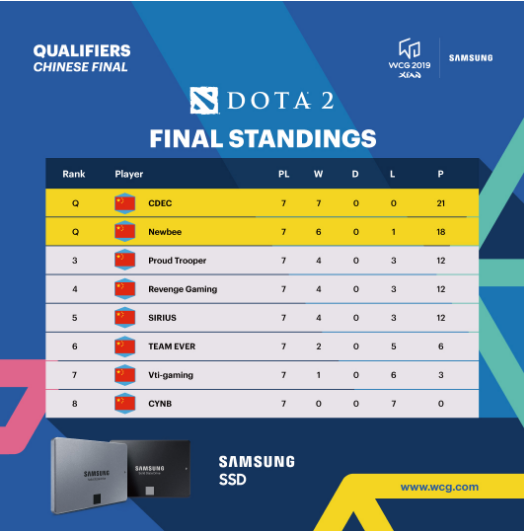 Q Who will win in the grand finals?