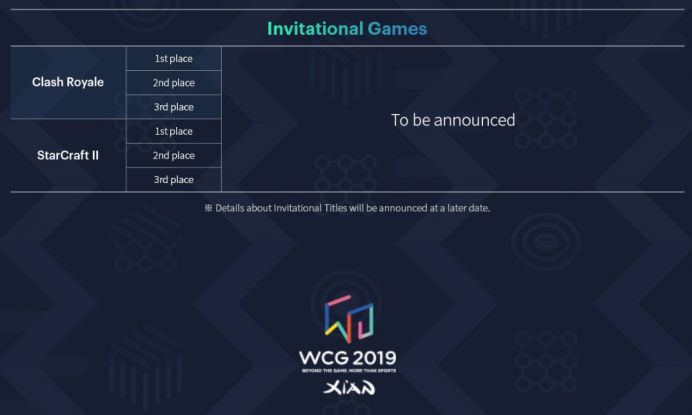 The World Cyber Games recently released the prize pool for the official games in WCG 2019 on their website. Gold medalists for the biggest games in WCG 2019 like DOTA 2, CrossFire, and Honor of Kings will receive 80,000 USD.

Along with the prize pool for the official games is this table (shown above) which shows the Invitational Games in the event. For those who don't know, Invitational Games in WCG are exclusive only to the greatest players from around the world. And it is surprising to see StarCraft II added to the list of games to see in the upcoming World Cyber games 2019. Surprising indeed since many esports fans have criticized the World Cyber Games for not having a StarCraft game included in the list of official games for WCG 2019.

There are no details yet regarding the teams invited to play in WCG 2019 Invitational Games as well as the prize money for the winners.

Which country do you think will win the Gold medal in WCG 2019 StarCraft II Invitationals?

(Personally, I think Korea will get the Gold medal.)