Kzarka saved by Wizards and Witches 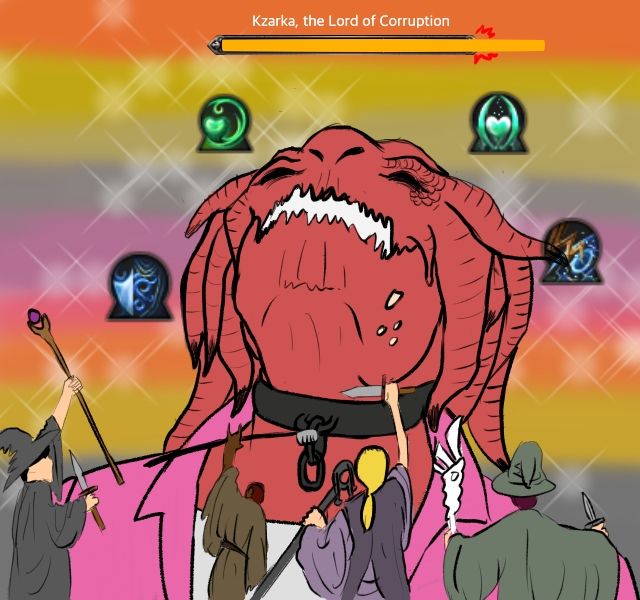 There was a funny incident on May 24th in KR.

Kzarka and Nouver spawned on 11:00 am after the weekly maintenance, and their HP was recovering. It turns out, there was a bug where heal skills used by Witches and Wizards were healing the World Boss as well! Kzarka and Nouver got their HP recovered in large scales every time when a Witch or a Wizard used healing. It was a total disaster. The World Bosses were even protected by Protected Area.

Everyone panicked and was shouting “Please don’t use healing in front of the boss.” Except for a few servers where players cooperated, the bosses safely returned home.

The bug happened due to a change that disabled all PvP when World Bosses are summoned. The update was reverted, and the bug was fixed. PA mentioned that this change will come back later.