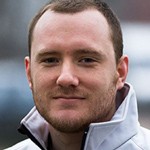 Team Liquid is a world renowned professional gaming organization established in 2000. Since our grassroots beginnings as a Battle.net clan and StarCraft community site, we have grown into a multifaceted global company with unparalleled reach in the industry.

With over 60 championship caliber athletes in 14 of the world’s top games, Team Liquid is synonymous with success. Our collective teams have won the most prize money in the history of esports while amassing trophies across different titles and different countries. Our European Dota 2 team has built a reputation as one of the greatest teams of all time, winning The International 2017 and Supermajor 2018 along the way. Our League of Legends franchise was the best North American team in 2018, claiming NALCS Spring and Summer titles in back-to-back splits. CS:GO, Rainbow 6: Siege, Melee, Street Fighter, Fortnite, PUBG; we count among the best in all of them.