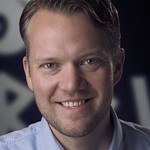 Founded in January 2017, by the most successful football team in Scandinavia, F.C. København, and Nordisk Film, the region's biggest media company, North is a premier esports organization.

With our focus on professionalizing esports through both on- and off-server activities, we have established North as a core part of the World's best teams in Counter-Strike: Global Offensive from the outset.

At the core of North is the Main Counter-Strike: Global Offensive team, which consists of Valdemar "valde" Vangså, Philip "aizy" Aistrup, Markus "Kjaerbye" Kjærbye, Nicklas "gade" Gade, Jakob "JUGi" Hansen. The team has played together since February 2018, and feature an interesting mix of exciting new talent, raw skill and experience.