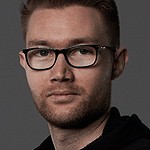 Mousesports (abbreviated as mouz) is a professional esports organization based in Berlin, Germany. Mousesports fields teams in many different games, and are particularly known for its Counter-Strike team. Mousesports was one of the founding members of the G7 Teams. mouz's League of Legends team currently competes in the ESL Pro Series, having formerly competed in the European Challenger Series (EUCS).