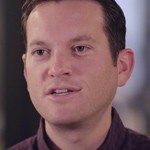 Made in Brazil (MIBR) is a professional esports organization with players competing in Counter-Strike: Global Offensive. It is a member of the G7 Teams. MIBR was founded on 1 March 2003 in the city of Rio de Janeiro, when businessman Paulo Velloso decided to invest in his son's dream. The organization was dissolved in 2012 but announced it was making a return in March 2016.

In January 2018, the MIBR brand was acquired by Immortals. In June 2018, the roster of MIBR was reformed with the former members of SK Gaming.